Our third and last day at Disney! We decided to spend the day at Disney’s Animal Kingdom, however not to get there until early afternoon. This allowed us to have a bit of a sleep in after our long, long day the day before, and to get ourselves packed and ready as we were flying out early the next morning.

So, after a lovely lie in, a bit of packing and a generally relaxed start to the day, we headed out. We parked and made it into the park by about 2pm.

It was hot again, the sun making an appearance for the first time in a few days, and it was beating down on us (still muggy mind you, that has been a bit of a constant this trip!).

We took a quick spin around the Oasis, having a look at the shops and getting a few last minute purchases in, before heading through to Discovery Island.

The main feature of Discovery Island is of course the Tree of Life, a 44m high artificial tree, which is covered in 325 carvings of existing and extinct animal species. It was gorgeous! 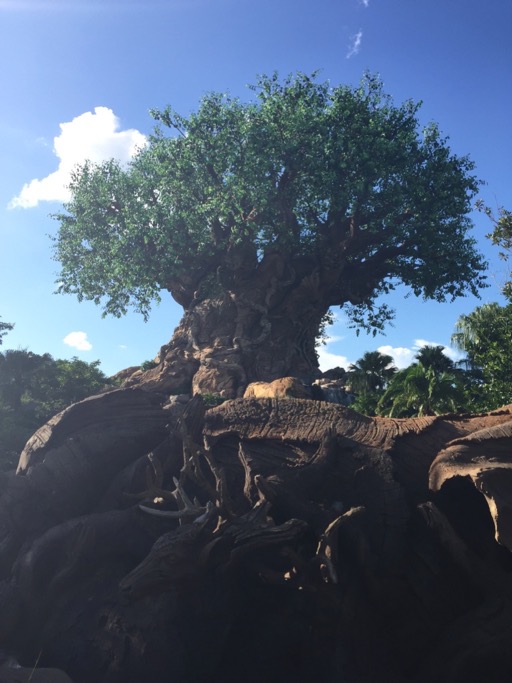 We decided to head up into Asia, where we got a lovely (and alcoholic, we were on holiday!) drink, and Michael decided to go on the Expedition Everest as his first ride.

We continued around into Dinoland U.S.A just to discover we were just in time for Finding Nemo: The Musical! 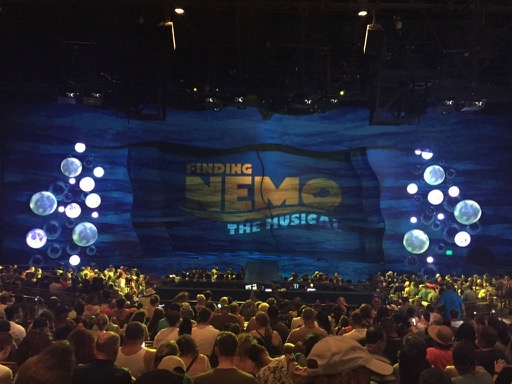 After the show, we headed out into Dinoland, bypassing the carnival type games, before Michael headed onto DINOSAUR.

6/10 - “The idea was cool, but the execution is much the same as any other indoor ride. Quiet, quiet, sudden twist, race, SCARY THING, big drop, ride ends.”

It was getting onto dinner time now, so we headed back to Discovery Island, and the Flame Tree Barbecue restaurant, where Michael got the sampler which involved many types of meats, and I ate his fries. We made a friend while we were there too! 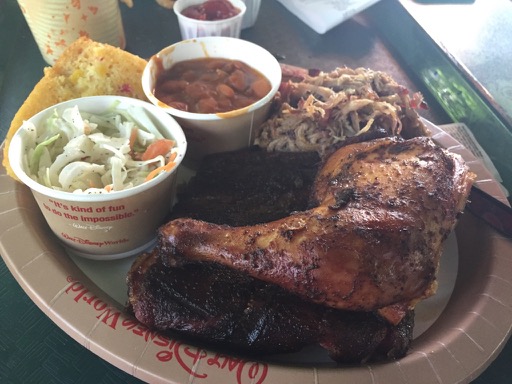 After dinner, we walked into Pandora - The World of Avatar. This area was super busy, which we discovered later was probably because this part of the park only opened a couple of months earlier.

Pandora was crazy, with giant floating islands which must have taken some serious engineering to get to work! The lines for the rides in Pandora were 2+ hours, so we decided to just enjoy the scenery and head through to Africa. We wanted to be in time for the Lion King show!

We lined up a little early for Festival of the Lion King, and it was a good thing we did as it was quite popular! It was absolutely amazing and Michael and I both enjoyed ourselves thoroughly. 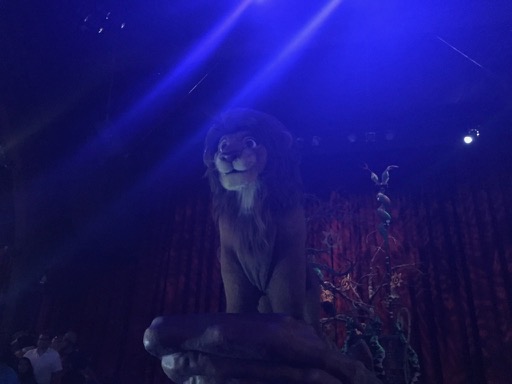 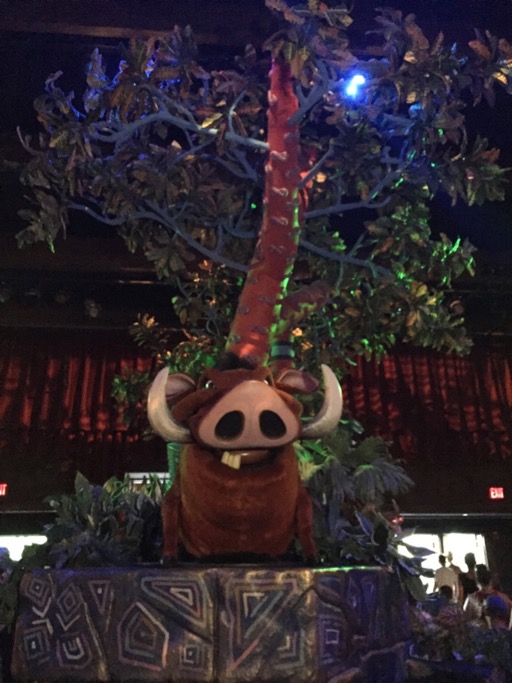 After that we headed back out into Africa, and spent a while enjoying the musical talents of Burudika, an “Afro-pop” band with dancers. It was infectious!

We were going to go on the Gorilla Falls Exploration Trail, only to discover it had closed half an hour earlier! I guess the animals needed their sleep. So, with a little time to kill before the night time show, we had a quick walk under the Tree of Life, which was just as impressive from right underneath it! We headed from there to the bank theatre, rows of seats along the river, where we would watch the Rivers of Light show. We were there a good 45 minutes before the pre-show, but the seats were filling up fast and we wanted a good vantage point from the front row, so once again, early bird caught the worm!

Right as the show was starting, it started to rain. And when I say rain, I mean poured! It absolutely bucketed down! We were told we couldn’t put our umbrellas up due to safety and being considerate to the other guests (which made sense) and we debated whether we run for shelter, but we decided that we’d waited for long enough that we would stick it out!

So, we got absolutely saturated. Luckily it was still warm, so we didn’t get cold, just very, very wet.

We got about half way into the Rivers of Light before everything came to a halt. They announced that due to “inclement weather” (a phrase that has haunted us throughout our Disney adventure!) they would have to cancel the rest of the show. We were so disappointed! We thought they could have continued for the rest of the time, but obviously it wasn’t meant to be.

We trooped out with the rest of the (very wet) crowd, and had a quick peek at the Tree of Life, which was all lit up. As we did so, they announced that it would also be turning off due to inclement weather! So, we decided that that marked the end of our time there, and we headed out.

We waited for a while for the trams back to the carpark, but ended up deciding it would be quicker to walk back to the car. We had to make sure we were back at the hotel by 10:30pm, so we could dry our clothes in the laundromat before it closed, as we didn’t fancy packing sopping wet clothes in our suitcases for a 36 hour journey back home!

Luckily, we made it in the nick of time. Michael took our clothes (and shoes!) and whacked them in the dryer, and then we headed off to bed, ready to begin our journey home.