Today was our walking tour of ‘Classic’ Paris, courtesy of Fat Tire Bike Tours. They spoke English! Everyone at their offices spoke English! PROPER English! I could have wept with joy.

Our lovely tour guide was Stephanie, originally from England and currently studying a degree in Tour Guiding. Who knew there was such a thing? Apparently, there is, and unless you have one you cannot become a guide at the national monuments. The more you know.

Stephanie rivalled Pete in her local knowledge of history and architecture, and was a genuinely pleasant lady. She spoke English, French, Spanish and German (and some Chinese), although as it was just us and another American couple, she only needed the first.

Our first stop on the tour was the Eiffel Tower, and the grounds where the world fair were held up until 1900. 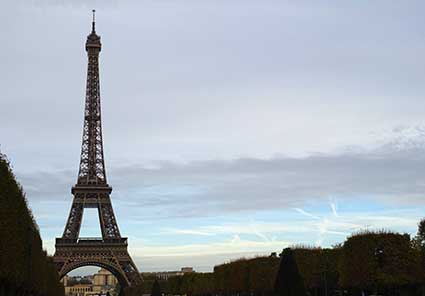 Right near it was the Ecole Militaire, or Military school, where many famous war mongerers have studied in the past, including ol’ shorty Napoleon Bonaparte. It was also one of the last stands of the Nazi’s before the English swept in and saved, to quote Stephanie, the “cheese eating surrender monkeys”. There are still bullet holes on the outside of the building. 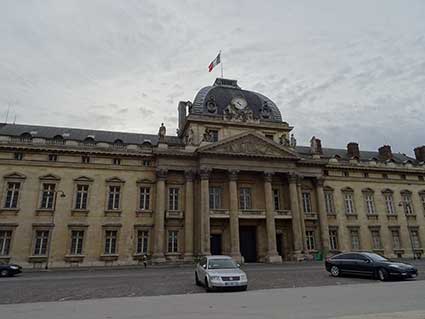 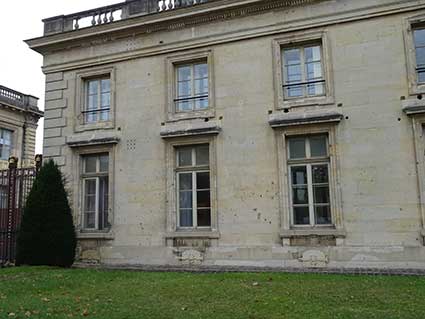 Next up was the L’Hôtel des Invalides, which Louis XIV ordered built to keep war veterans and their families housed, and basically off the streets (mainly to prevent any potential revolutions they may cause by loitering amongst the common people). Later on it became a nuthouse, and is back to housing about 40 veterans today. Right next to it is Église du Dôme, a chapel Louis XIV had built next to the chapel of the veterans, so he could pray with them, but not WITH them, if you get my drift. Of the people, not with the people. Apparently, he only visited it 3 times in his lifetime, which made the mass amounts of actual gold which top it totally worth it. It now houses the remains of Napoleon Bonaparte. 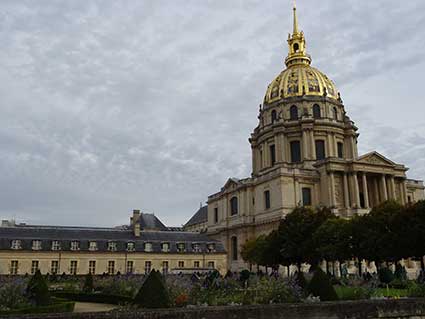 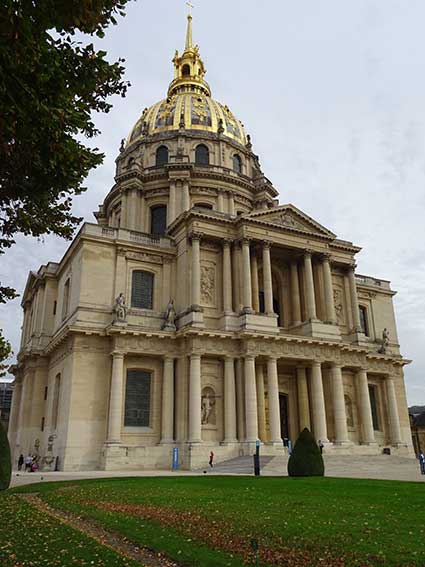 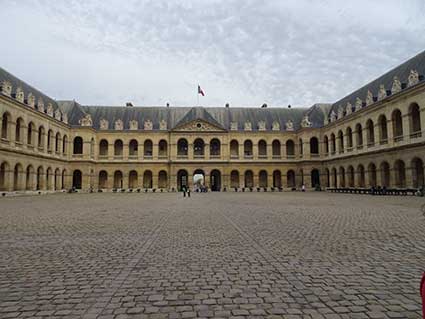 From there we headed to the Pont Alexandre III, a bridge named after Tsar Alexander III, who had concluded the French-Russian alliance in 1892, and built in its honour. 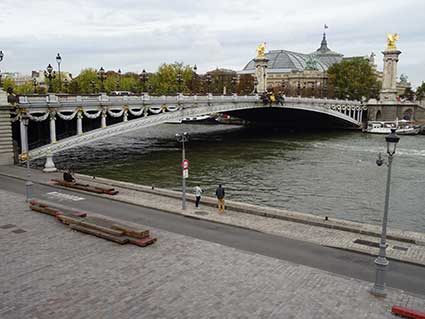 Just down the street was the Assemblee Nationale, the lower house of French Parliament, then across the bridge to the Place de la Concorde. Also known as where Marie Antoinette and Louis XIV bit the dust. In the centre of it is The Obelisk of Luxor from Egypt, which was gifted to France in 1833. Apparently now they want it back though, and the Egyptian ambassador puts in a written request once a year, and the French keep ignoring them basically. 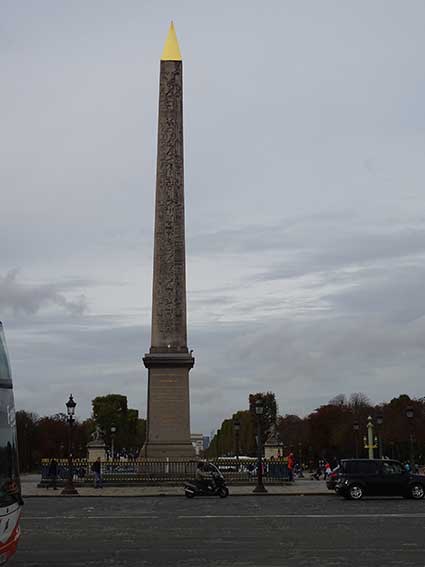 The Obelisk of Luxor

We walked though the Tuileries gardens, stylised in the French, English and Italian ways, and came across Hercules, who apparently had his wang removed by angry fisherwomen, who were revolting against the king and were basically angry at all men. They actually did this to all of the male statues and kept their bits as trophies. When the nobility restored the statues, they replaced the bits with fig leaves, however poor old Hercules they left as a warning to men - be nice to your wives! Perhaps the origin of happy wife, happy life? 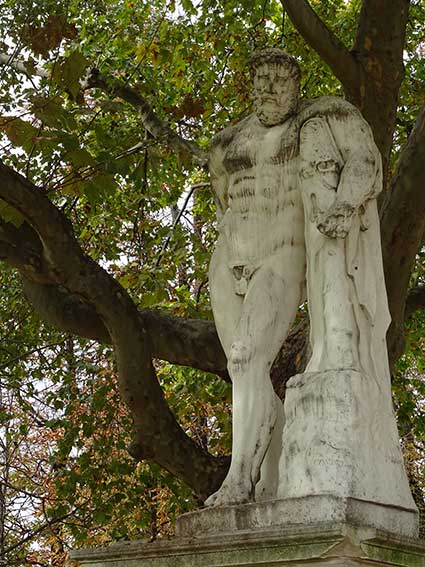 There were also random goats, who may have been keeping the grass down, we don’t really know. 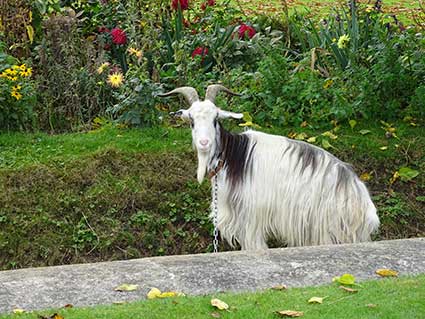 There was also a mini Arc de triomphe, apparently the first one wasn’t built fast enough for a parade they had planned, so they had to knock up a smaller one to be ready in time. Hilarious. 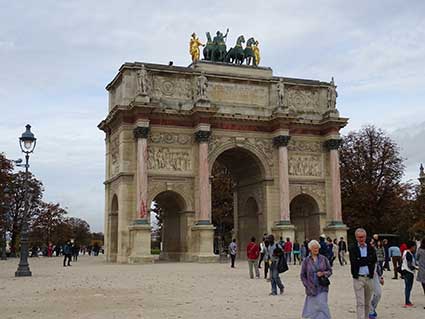 We swung by the Louvre, and I know its art and all, but I’m not a fan of the big glass pyramids. The architecture around it was amazing though. The two side wings were built in something like 6 years, which is amazingly fast considering how massive they are. The Louvre, by the way, is now sponsored by Toshiba! 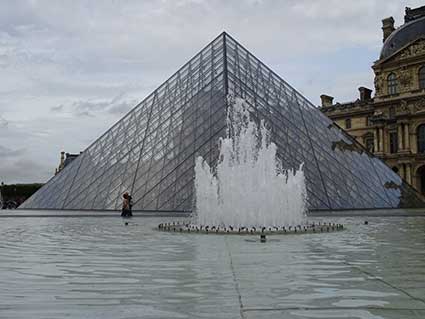 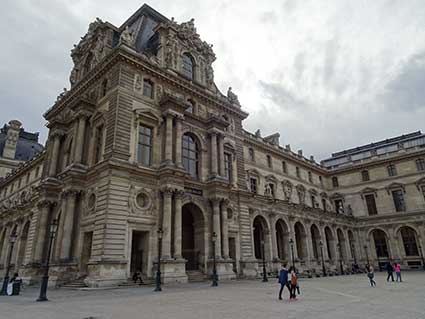 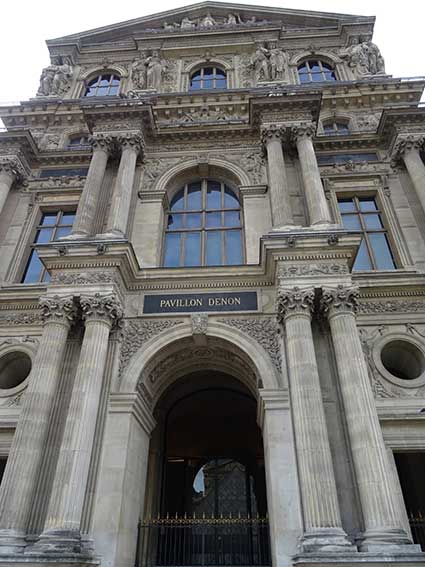 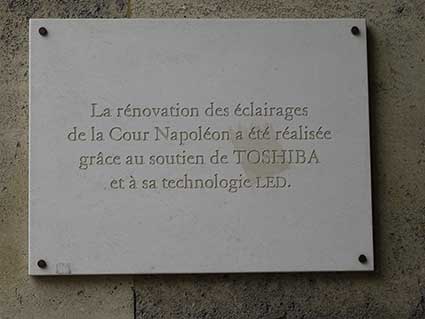 There was a clock made by Lepaute, which had one of the roman numerals wrong - the 4, which the clock maker got confused with greek numerals - as a result, any clocks or watches made in France with roman numerals all have the same error (is it an error if its made on purpose?). 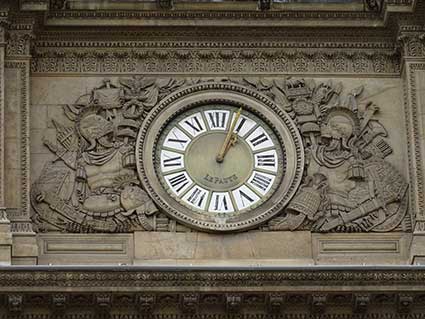 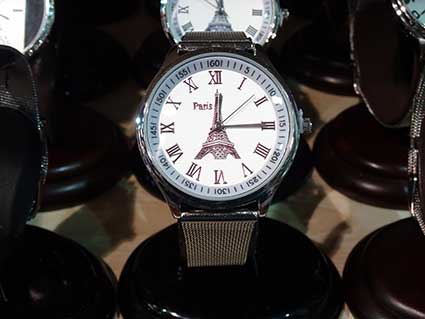 From there we saw the Pont des Arts, or the “Lock Bridge” due to all of the locks that have been left by lovers. Funnily enough, they are in the process of removing all of the locks, as due to the weight there is a very real possibility its going to sink the bridge. Take that romantic people! 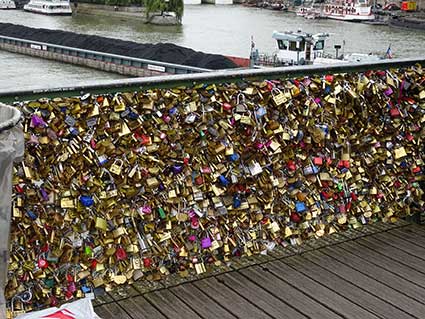 Across the bridge there was a building which was originally intended to be a church (hence the dome) and is now an Art school, part of which is devoted to finding new French words for new English words (WI-FI really is Whiffy over here). 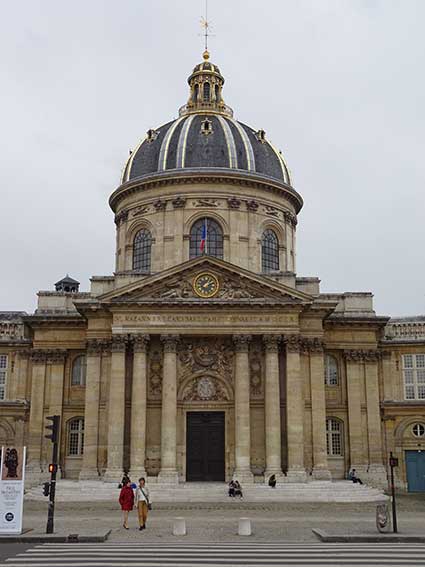 Our last stop along the Seine was Notre Dame, made famous by Victor Hugo in his book Notre-Dame de Paris, or as we know it, The Hunchback of Notre Dame. Its a huge, beautiful cathedral. We thought about going inside, but after 3 1/2 hours of constant standing/walking, and either bad pillows, mattress, or possibly a combination, both Michael and I had aching backs. 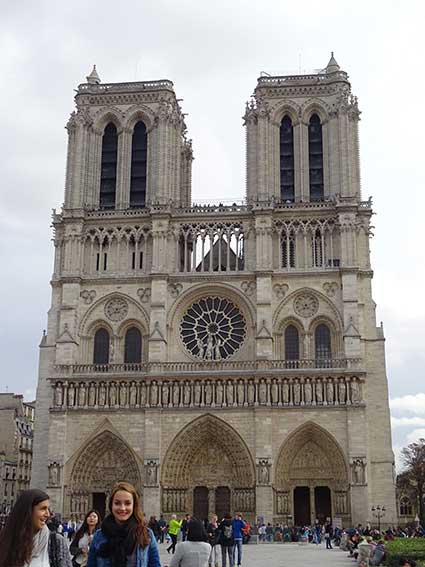 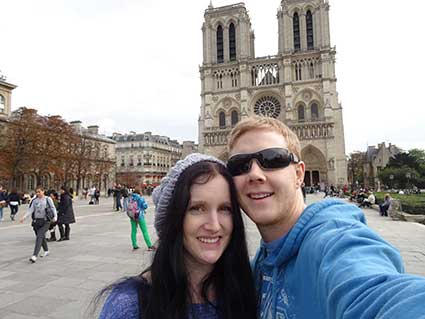 Us at Notre Dame

We caught a taxi back to the hotel (an actual taxi this time, less risk of organ removal and/or slave trade), downed panadol and lay down flat for a while. Michael then ventured out to McDonalds, and later for crepes.

The night finds us watching Friends (only thing I could find in English) and preparing for an early start - 5:30am taxi to Gare de Lyon, for our trains from Paris -> Torino then Torino -> Rome. Another 11 hours travel, I’m hoping the bed treats our backs kinder tonight!