The Vatican in one day

Considering we’re on holiday, I feel that we’re having far too many days with alarm clocks and early starts for my liking. We only have a few more days left in Italy, though, and have no tours booked for the remainder of our honeymoon. So there’s that. 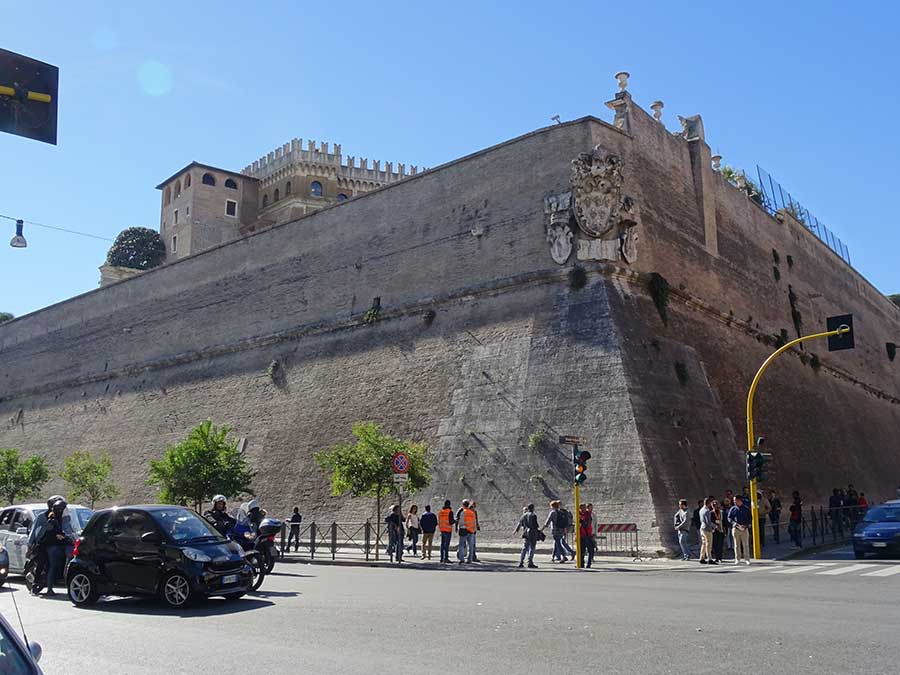 Once inside, the first thing we did was… head back outside, into one of the Vatican gardens. From here, we had our first glimpse of St Peter’s Basilica for the day. 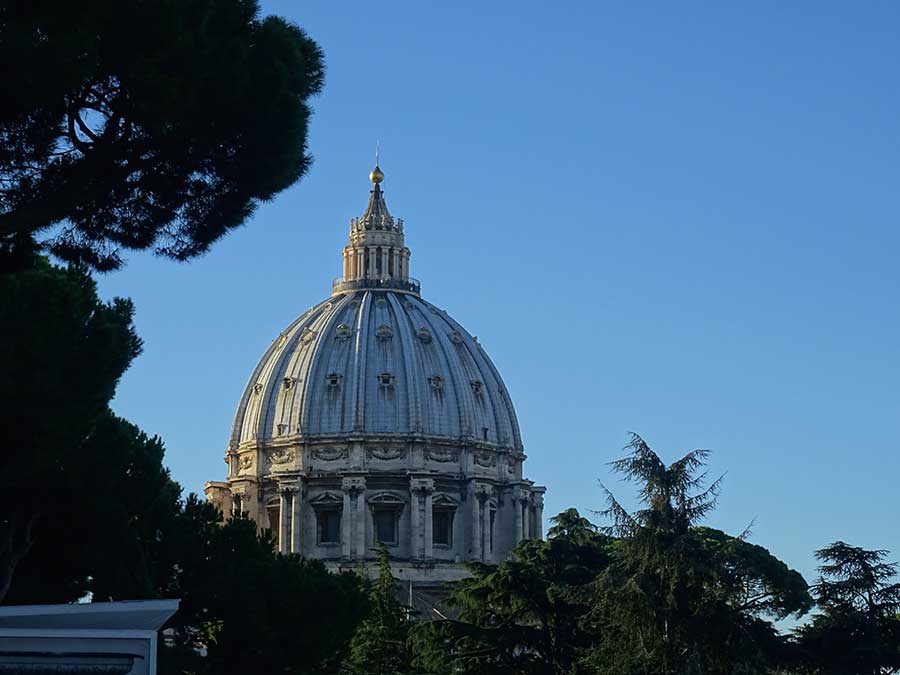 From here, we made our way through the garden, where we saw some information displays about the Sistine Chapel, which proved useful for our later visit as you are neither allowed to photograph inside the chapel, nor talk, so knowing about what we would see was handy.

Next, we made our way to the courtyard of the Pigna, which was named after a colossal (4m!) high pinecone set at one end of the courtyard. In the classic age, this stood near the Pantheon. It was probably moved to the atrium of the ancient St Peter’s Basilica during the Middle Ages, before being moved to its current location in 1608. Two bronze peacocks flank the pinecone. 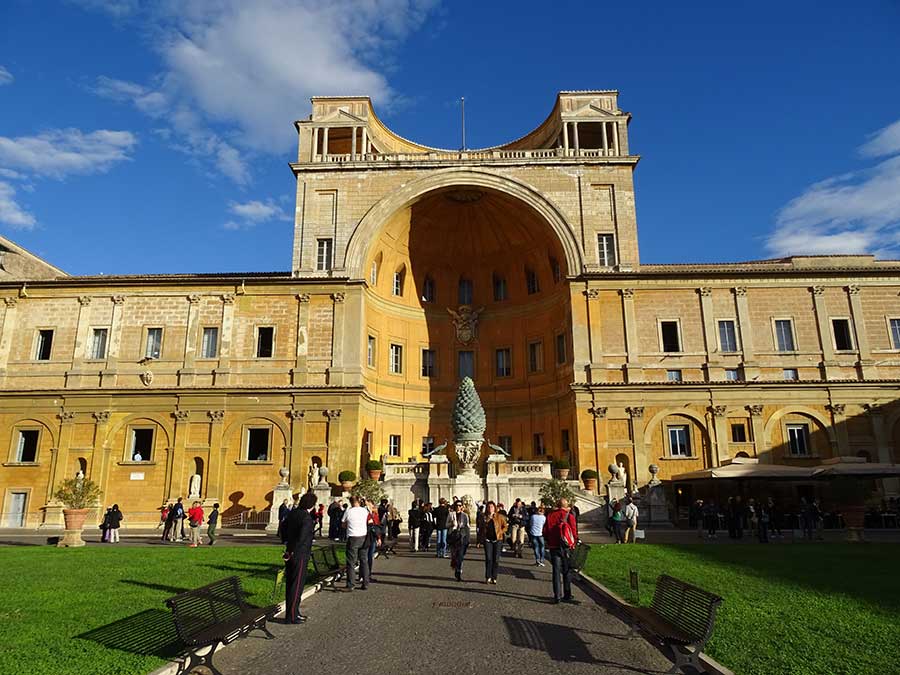 Courtyard of the Pigna

We then made our way back inside the Vatican Museum and into the first of many galleries. Most of it was as you would expect, religious figures, frescos and mosaics, but the Vatican does have some odd things inside, too. 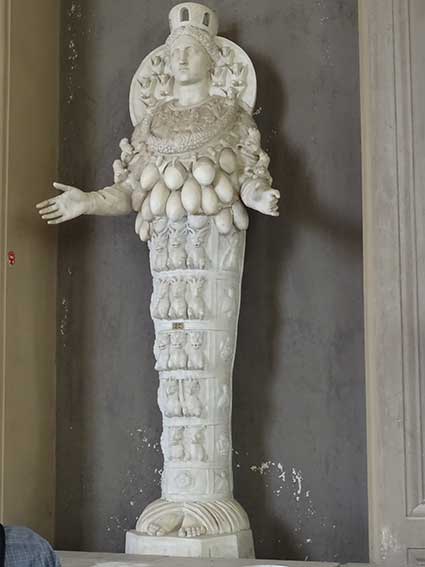 It is not certain, but some scholars suggest that the breast-like protrusions are not breasts as they might appear, but rather bull testicles - a symbol of fertility. Like I said, odd.

The next gallery we walked through had a ceiling that was intricately and amazingly painted, from one end of the massive corridor to the other. On the walls, large maps were painted. These maps were painted around the 14th - 15th century and, given flight had not yet been perfected, it is considerably impressive that the scale and layout of these maps are 80% accurate. No flight, maps that are 80% accurate from the ground and yet, no grid-system roads? Go figure!

We then passed through another couple of ornately painted galleries, works of Michelangelo and Raffael that photos don’t really do justice to but I’ll share them when we get back home - there’s too many of them to upload over the apartment’s 3G internet connection! 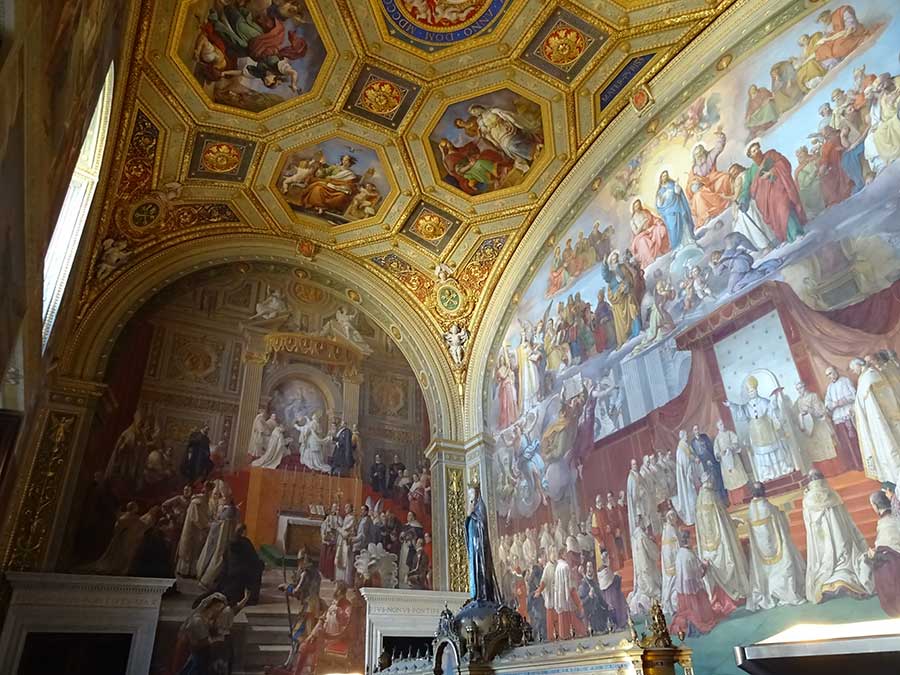 Another thing we saw in many of the rooms within the Vatican Museum was 15th century graffiti. This is now considered historical, but I’m not sure they’d be too happy if someone was to deface any of the artwork these days. 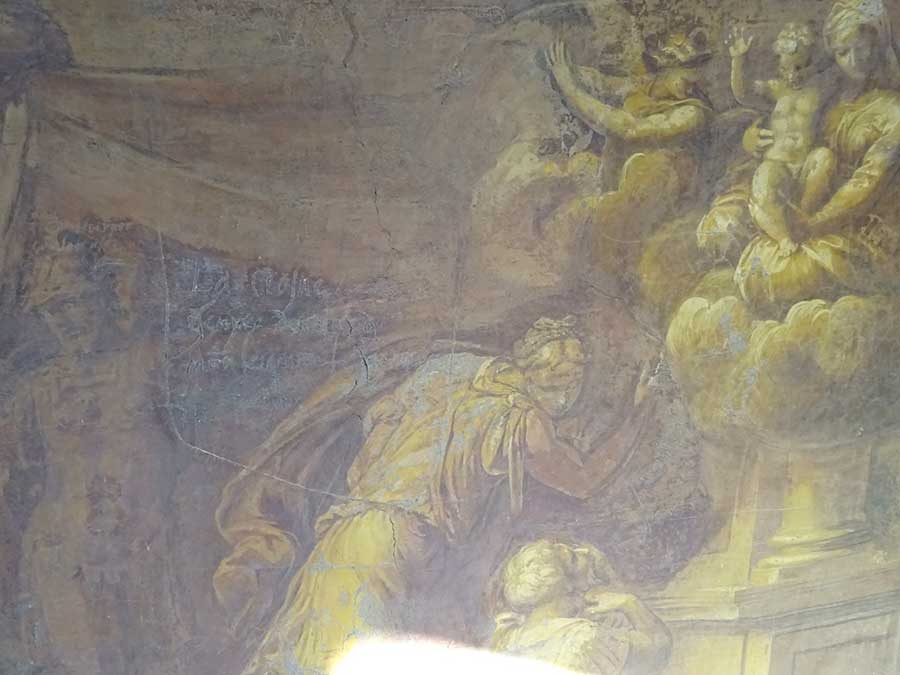 As I wrote earlier, the Sistine Chapel is one place within the Vatican Museum that you are not allowed to take photographs. There’s plenty of guards in there to do two things; 1) ensure there is silence (or as close to as possible, given the sheer number of people there) and 2) ensure no photos are taken. That said, this is the closest I got to taking a photo inside the Sistine Chapel. If you want to see it for yourself, you’ll have to either make the trip, or stick with what you can find on Google. Having done both, I can assure you the latter really isn’t the same, though. 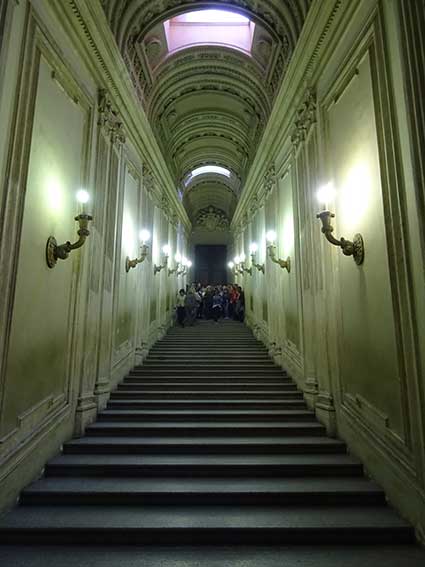 Bottom of the stairs outside the Sistine Chapel

From the Sistine Chapel, we made our way to St Peter’s Basilica. It’s hard to put in words the sheer size of this place, inside there are multiple mini-churches, where masses are said throughout the day in 70 different languages. 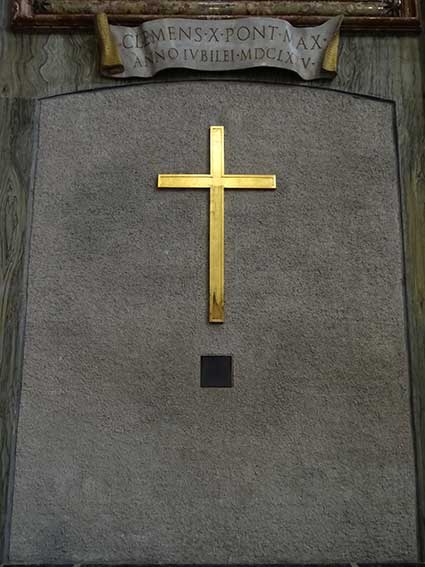 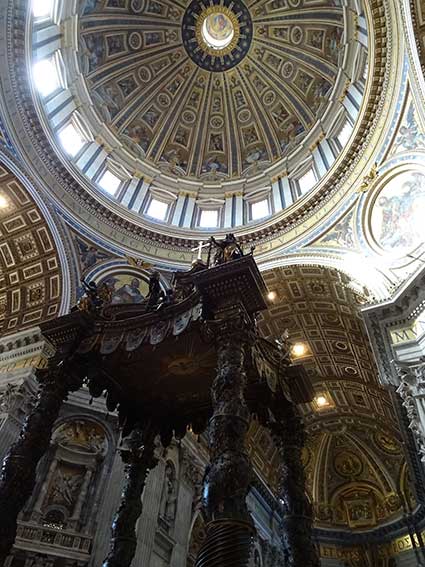 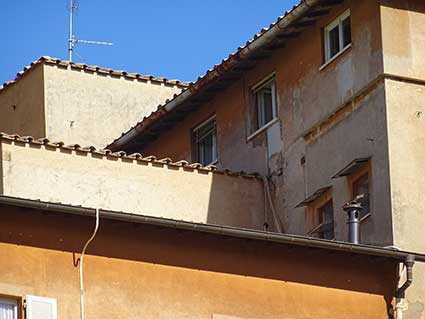 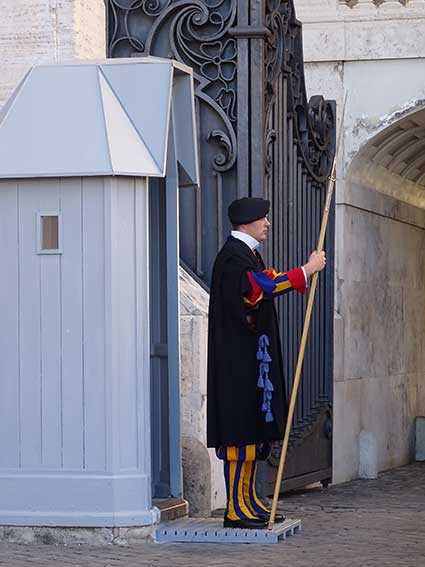 This concluded the first part of our full day tour. We took a break for lunch before returning to the original start point to make our way onto part number two, the papal basilicas of Rome. This was a bus tour, as they are quite spaced out. Unfortunately, there was a public transport strike on today, which meant there were many more cars on the road, so a 20-30 minute journey between the basilicas turned into at least an hour between each. 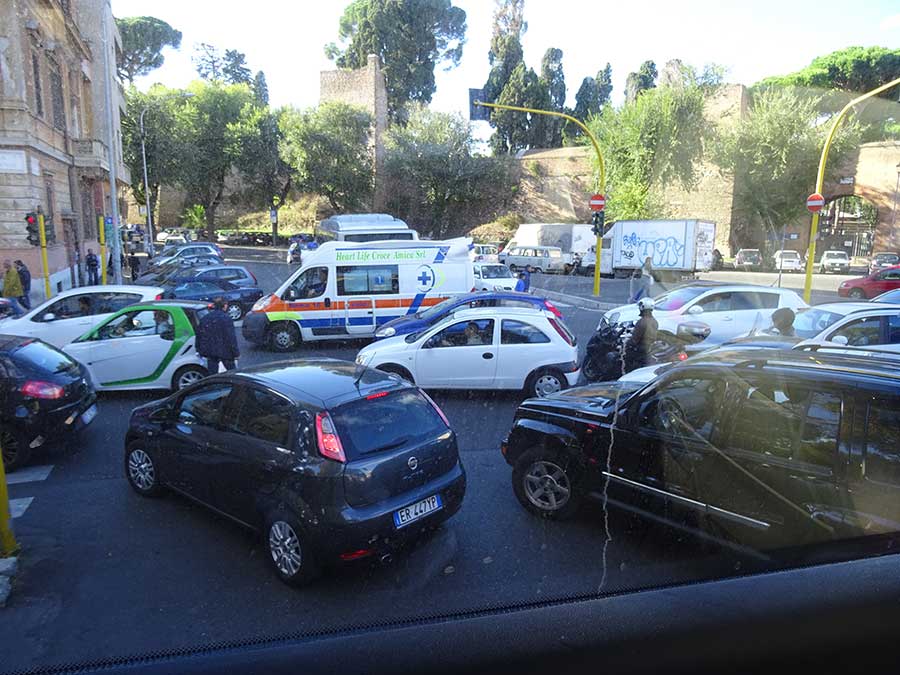 Traffic jams due to transport strikes

We visited three basilicas in the afternoon portion of our tour; the Basilica of St Paul Outside the Walls, Archbasilica of St. John Lateran, and Basilica di Santa Maria Maggiore.

Our first stop was at the Basilica of St Paul Outside the Walls, named because it was built… outside the Aurelian Walls and over the burial place of St Paul. The basilica was damaged during the Saracen invasion of the 9th century, and nearly totally destroyed when a fire was started by a careless worker whilst repairing the roof. It was eventually reopened in 1845.

One of the main features of this basilica’s interior is that they have a portrait of every Vatican-recognised Pope in the church’s history; all 266 of them. A few years ago, the Romans got a little panicky as they were running out of spaces on the wall and being the superstitious folk they were, were worried about what would happen if they ran out of spaces on the wall. Would it mean the fall of the Catholic Church? The beginning of the rapture? To put their minds at ease, the church simply added some more blank spaces on the wall. That should see out our lifetime. 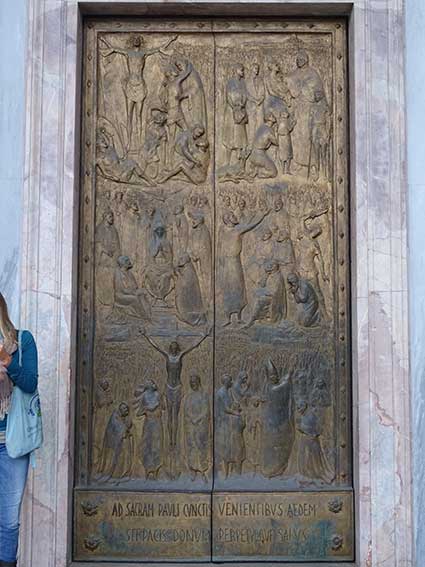 Holy Door at the Basilica of St Paul Outside the Walls

Next, we made our way to the Archbasilica of St John Lateran. This is the cathedral church of the diocese of Rome, and the official seat of the bishop of Rome - the Pope. This is the oldest of the papal basilicas and is the ‘other church’ among Roman Catholics. The Archbasilica is also considered Vatican land (not Italian) following the signing of the Lateran Treaty.

The Archbasilica houses the Holy See; the seat of the Pope. The Bishop of Rome does not become the Pope until he sits on the Holy See for the first time.

There are about 30 Egyptian obelisks in the world today, 11 of which are in Rome. There are more obelisks in Rome than anywhere else in the world; even Egypt! The benefits of the all-conquering Roman Empire, right? The Egyptians have been asking for their obelisks back, but nobody seems interested in returning them. 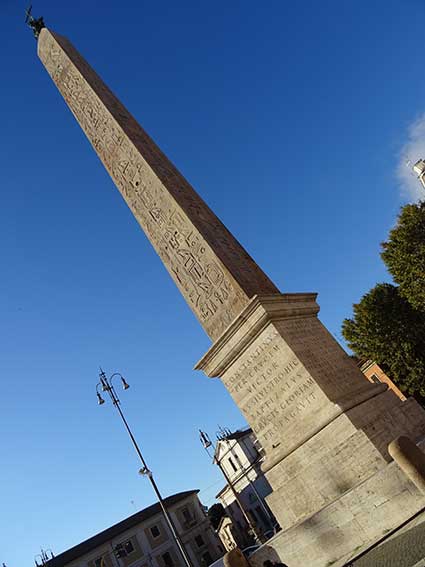 Across the road from St John Lateran is a building that incorporates part of the old Lateran Palace. Within this building are the stairs which lead to the Holy of Holies (Sancta Sanctorum), the personal chapel of the early Popes. According to Catholic tradition, these marble steps - which have long been encased in a protective wooden covering - are the steps leading up to the praetorium of Pontius Pilate in Jerusalem that Jesus stepped on his way to trial. 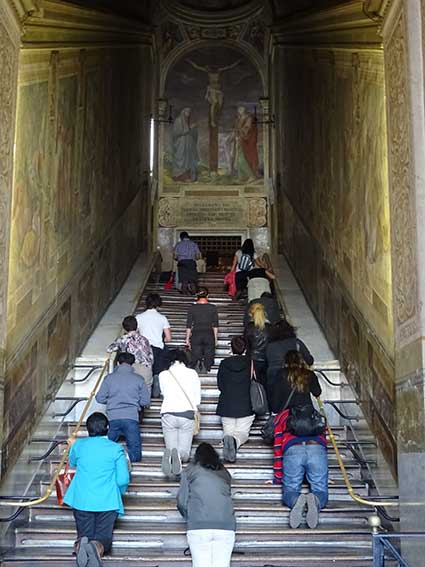 There are 28 steps all up, and you are forbidden from walking on them. In order to get to the top, as you can see above, you must walk only on your knees, one step at a time after saying a minimum, I believe, of three prayers. This climbing is a devotion of many pilgrims each year, earning a plenary indulgence upon the completion. This must be done in complete silence, and can take upwards of 45 minutes to complete. Oh, and once you start, you cannot stop until you reach the top. Rhi and I didn’t take part.

Our last stop was the Basilica di Santa Maria Maggiore, the largest Catholic church dedicated to the Virgin Mary in Rome. There are a total of 26 churches devoted to Mary in Rome. This church has it’s own Sistine Chapel, named after Pope Sixtus V and not to be confused with the Sistine Chapel of the Vatican named after Pope Sixtus IV. Just outside this chapel is the tomb of Gianlorenzo Bernini, his wife, and 11 children. It is a great privilege for this man, who was the chief architect of St Peter’s Basilica, to be buried in such a significant site. Unfortunately, many people are unaware of who he is and indeed where his tomb was, as when we arrived there was a group of people standing on his tombstone. 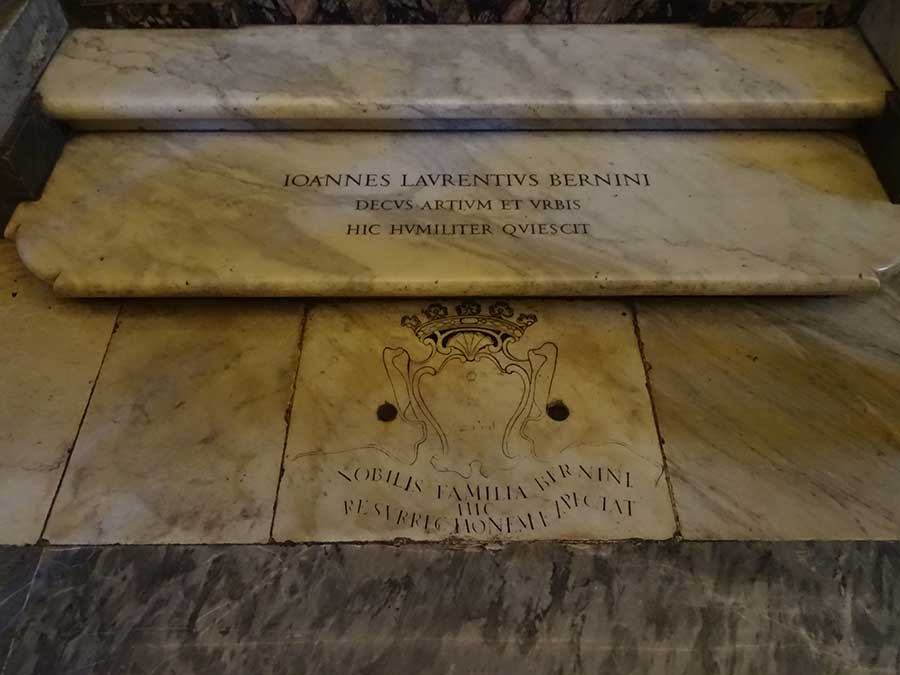 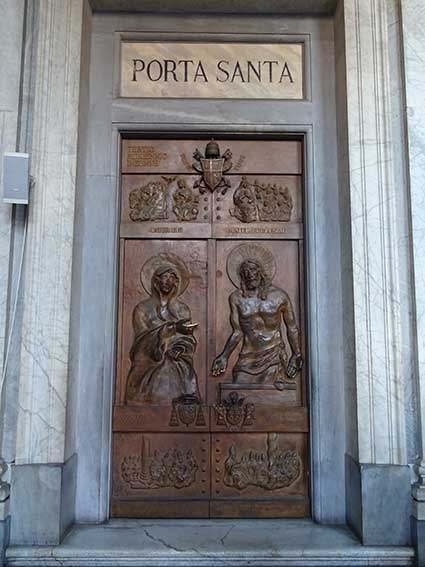 This drew to a close a really long, but informative day for us. We headed back to our apartment - we’re starting to know our way around Rome, at least, we can recognise familiar sites on our way back - where we grabbed gelati for tea, before having some cup noodles for dessert and turning in ahead of our trip to Florence tomorrow.