Our last day in Rome and travel to Zürich

Our last day in Rome was full of relaxation, laziness, a little packing, and a little cleaning.

We started the day late. Well, much later than any other day whilst in Rome. After our failed travel attempts to both Florence and Naples, we decided to not bother using the remaining trips on our RailPass in favour of catching up on a little rest, given all the walking that we’ve done in the last week.

After our sleep in, we used up the rest of the bread as toast with the remaining Philadelphia sundried tomato spread (delicious) that we had, then I finished packing the rest of my belongings. Rhi had obviously done this already because she is organised, so chilled out on the couch. 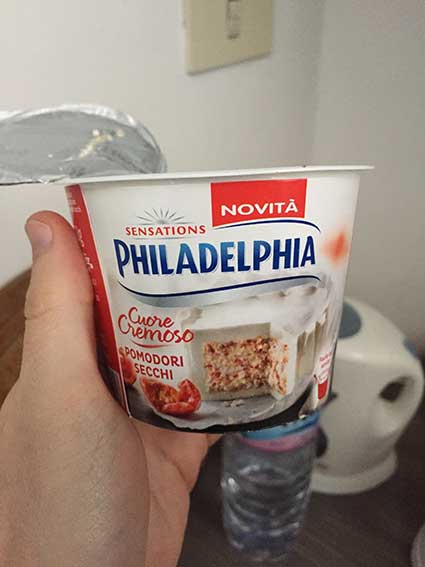 On our return from Naples yesterday, we passed by Queen’s Chips Amsterdam but decided to skip over it for lunch in favour of paninis. Not one to miss out on a seemingly good thing, I went for a walk to get some of these delicious-sounding chips and I was not disappointed. Whilst they were not the best chips I have ever had, they were certainly comparable with what I would consider the best ever; those from Soto’s fish and chips at Semaphore. They were served with Fritte Sause, which was mayonnaise-like and delicious. 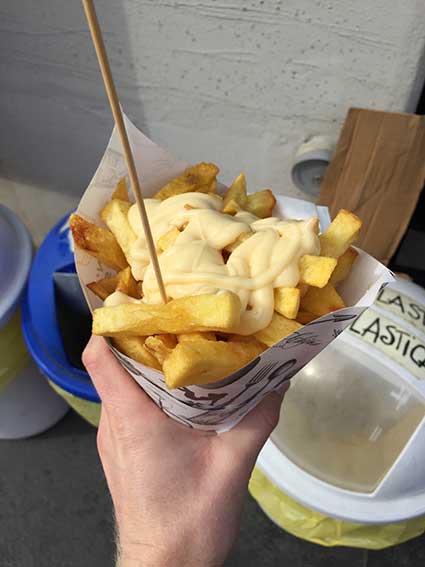 The afternoon was spent watching re-runs of The Big Bang Theory, 2 Broke Girls - which seems to be better the second time around, but that may just be a case of Stockholm Syndrome, given we had no alternative (in English) - and Chuck. Is Chuck worth checking out? Rhi doesn’t seem to think so, but it seemed ok from the few episodes that I watched.

Rhi wasn’t interested in leaving the apartment at all today, so for dinner I went in search of pizza. I figured given this was the last pizza that we would be eating in Italy, I would get an Aussie staple; Hawaiian. This was served with slices of both ham and pineapple, as opposed to our chunks of both. It was one of my favourites for the trip, and this came from one of the cheaper pizzerias near the Pantheon. One last serve of gelati was procured, also; coconut and chocolate for Rhi, strawberry and stracciatella for me.

We turned in reasonably early, given our 0600 start on Friday morning for our departure to Zürich.

As we had cleaned and packed yesterday, all we had to do was shower and put our toiletries away before heading downstairs for our cab. Rome has some kind of government-mandated policy on taxi fares from Rome to Fiumicino, so we were up for a €50 fare. At that time of morning (0640), there was very little traffic on the road and the cab made the most of it. I felt like I was in a Transporter movie. The posted speed signs seemed to be more a minimum for this guy, doing 80 in 60 zones and 120 on the freeway, which was sign posted as 100. Indicators were also very optional, as he drifted between lanes.

We arrived at Fiumicino around 0730 and proceded to check in, before heading off to find some… thing to spend the last of the loose Euro coin we had. Kinder Bueno was the order of the day. As we were early still, the only gate information we had was ‘D’. At 0845, we finally had a gate, so we headed over to our designated gate and waited. Before long we were boarding and, to our delight, we found that we were seated on the exit row. Nobody to push past us and plenty of leg room to spare. The only downside to this was the fact that the flight was only 1 hour and 15 minutes to Zürich. Our flight was slightly delayed due to some issue (maybe weather?) at Zürich. A couple of episodes of Hogan’s Heroes saw me through to our destination. 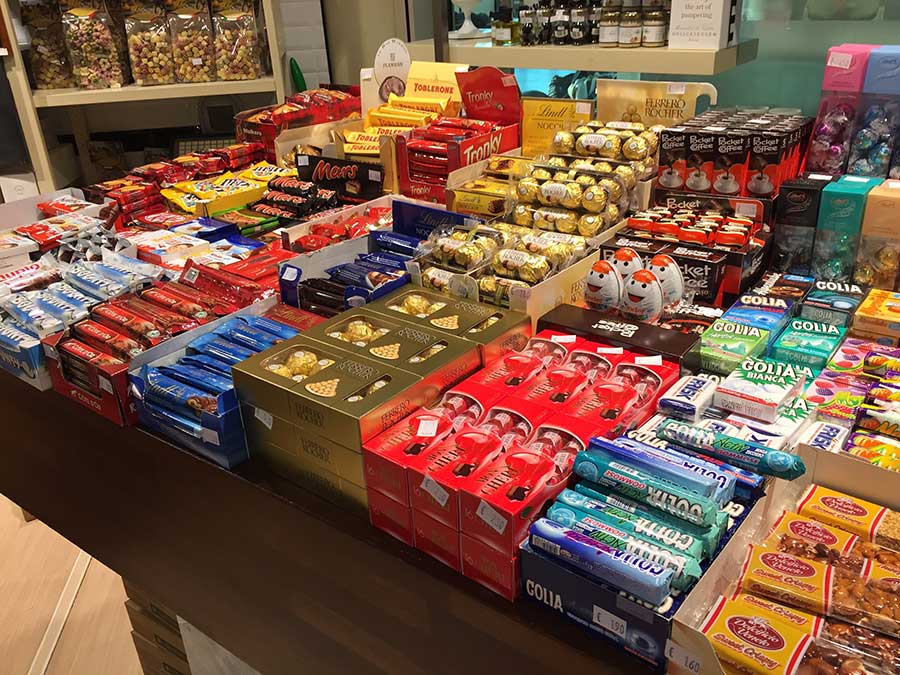 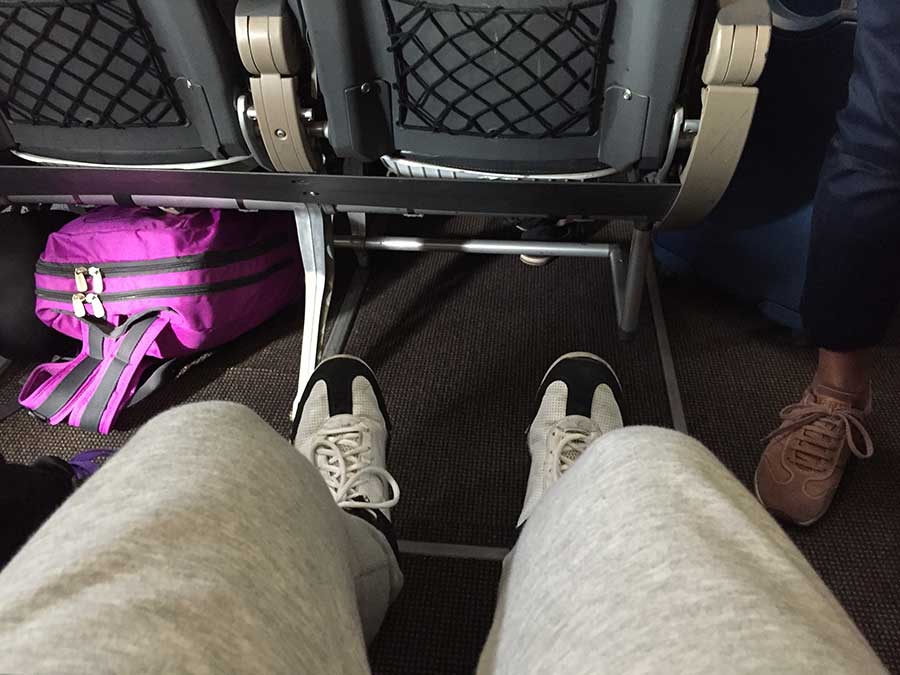 Once at Zürich, we moved swiftly through the terminal to collect our baggage. One thing I’ve noticed on all of our country entries in Europe is that (London-aside) customs is almost non-existent. Our passports were checked leaving London for Paris and on the train just before entering Italy. There was no check of passports when leaving Fiumicino, and Zürich had the option of either having goods to declare, or not. I’m sure the US and returning home will make up for it all, though.

We purchased train tickets from the airport to the main station, which is a short walk from our hotel and exchanged our Euros for Swiss Francs. It seems that although Westpac has no global alliance partners in Switzerland, the global currency card still works here (even without the CHF wallet), so if you’re ever using one of them, rest assured that it will just draw from your main (AUD) wallet.

I’m not sure exactly how the trains work here, and whether or not we’re supposed to take a specific train, but we just jumped on the first one heading in the right direction. We arrived and after a short walk checked in to our hotel - well, the hotel’s guesthouse. Our honeymoon suite features two single beds on opposite sides of the room, of course and, as I found out yesterday, is in the red light district. We didn’t see any street walkers, though (yet). 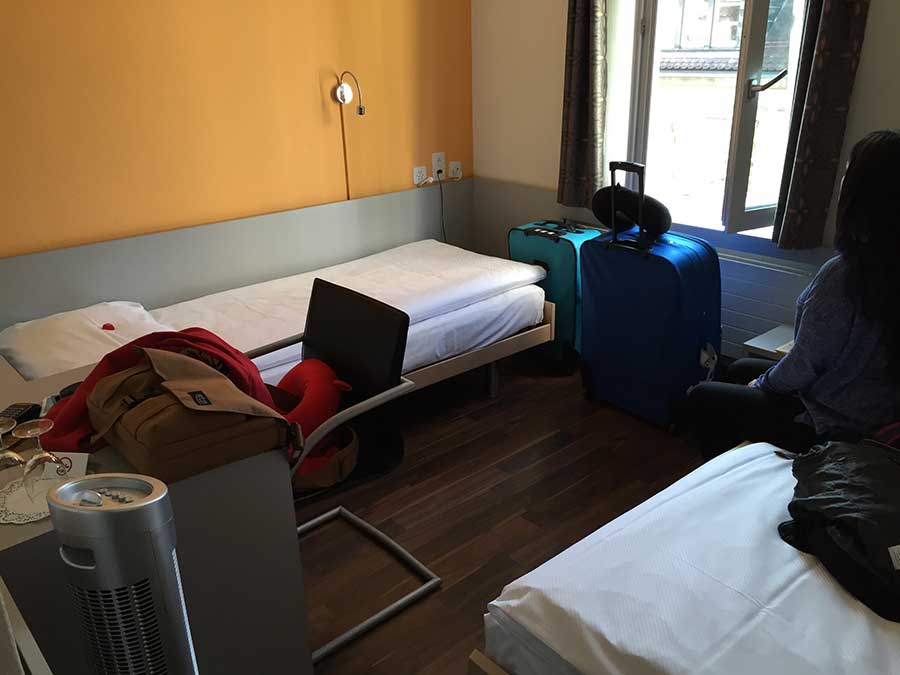 The wifi in the guesthouse is awesome. Well, it’s only 4Mbps, but sufficient to stream the NBA, so I cried my way through the Lakers’ first game of the season. Gonna be a long one. We had McDonald’s for lunch - CHF29 for two medium meals, which would equate to a large meal back home - but the ‘Big Tasty’ was delicious. We went to the supermarket to obtain some supplies, before returning to our room for the night. We have cable channels here… which is about six versions of BBC and CNN. I thought about watching some Hogan’s Heroes before turning in for the night, which was when I realised that I had left my iPad on the plan. D’oh! 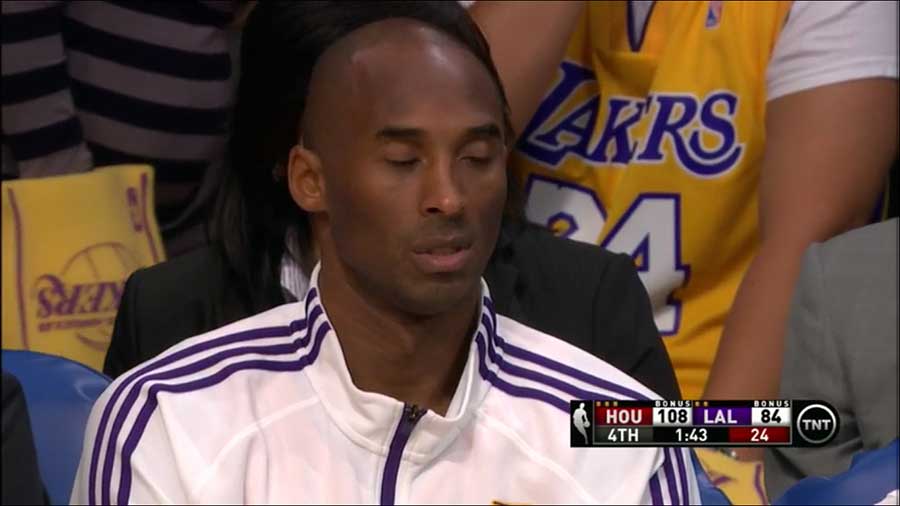 Gonna be a long season 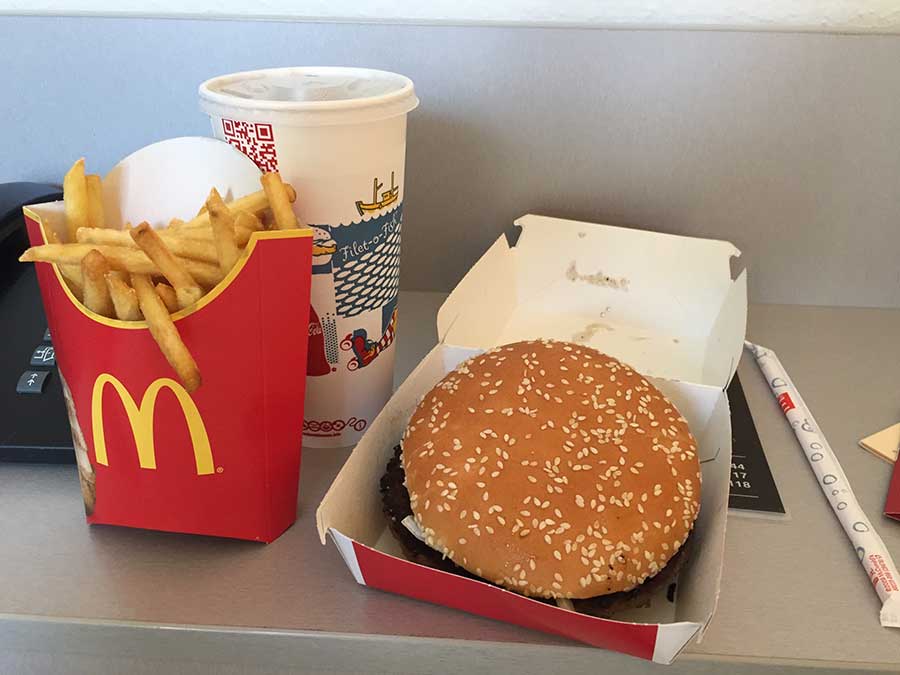 Big Tasty with bacon (of course) 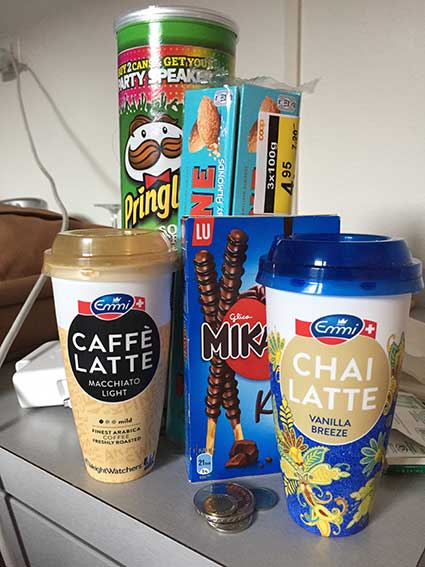 I called up Swiss Airlines, who directed me to lost and found… who close just one minute before I called. A bit of Googling and I found an online search utility provided by the airport, which allowed me to find an iPad matching mine’s description. I emailed the airport and will hopefully hear back from them before I have to call. With any luck it’s been found. Without luck, insurance should cover it.

First impressions of Zürich; the people are much friendlier and it’s much quieter once you get away from the train station. Given the number of connecting flights that were rattled off when we were landing, I get the feeling that this place is more of a hop-off, hop-on destination for connecting flights than actually staying. The skies are clear and the sun is out, but it’s quite cool - think late Adelaide winter. Also, Switzerland has no language of it’s own, all the neighbours that scuttled here during the war brought their language with them and we’ve heard people speaking German, French, and Italian. German is the most common for Zürich, though, given it’s right on the German border.

Not that day one in Switzerland was bad, hopefully day two will be better!