Heading East via the Southern Alps

We checked out from our Hokitika accommodations a bit before 10 in the morning to head on to the next stop on our journey; Christchurch. On our approach yesterday, there were a few signs on the roadside for Monteith’s brewery. As it turns out, the brewery itself was in Greymouth through which we passed yesterday, and had to head halfway back to get onto the highway to Christchurch. We decided - on short notice - to head to the brewery for their 10.30 tour, and made it in the knick of time.

Rhi and I were the only people at the brewery, so paid our fee and got straight on to the tour. The brewery in Greymouth is responsible for the Brewer’s Series artisan beers - not ciders, unfortunately for me.

Our tour guide - Sarah - took us through the brewery, outlining some of the processes taken and steps throughout. Each day, over eight hours, three brewers starting at 4am prepare batches of 7000L of beer. Each of these beers is left to ferment for up six weeks each, but being craft beers, they’re always experimenting - releasing a new beer every six months or so.

At the end of the tour, we were given the chance to pour and sample a few beers. Being 11 in the morning, and having three hours of mountainous driving ahead of us, I took a swig of their ‘Americana’ variety. This is made using hops imported from the US, but with a regional interpretation. It wasn’t too bad. 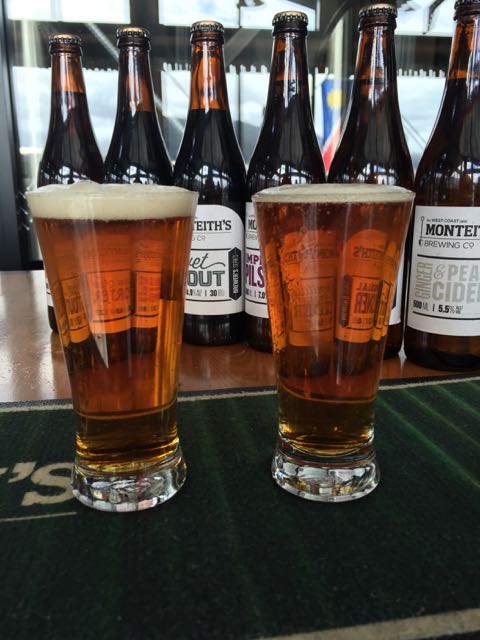 Our tap-pouring efforts. Have a guess who poured which glass.

From here, we set off on our journey through the Southern Alps via Arthur’s Pass to Christchurch. It. Was. Magnificent! If you ever get a chance to do the drive, you really should. Although we’re halfway through Spring now, the mountains were still reasonably snow-capped, which was pretty great. The scenery was amazing for most of the three hour journey, but these are the real deal in terms of hill climbs. The car struggled in places, and some of the steep descents were much, much steeper to any I’ve driven before. Thank you for sports automatic gears!

That all said, I’m really glad we did this in a car and not a camper. I don’t really think any of the north-western side of the South Island is camper friendly, at all. Unless you want to spend about twice as long doing the driving.

We arrived in Christchurch just after 2pm, checked into our hotel room, then set out to visit the Cardboard Cathedral. This is the Anglican transitional pro-cathedral, which was to serve as a temporary structure due to significant damage sustained during the 2011 earthquake to the permanent cathedral a few blocks away. It was subsequently decided that the Cardboard Cathedral would remain as a permanent structure. It was the first signifcant building opened as part of Christchurch’s rebuild.

From the cathedral, we head to Burgers and Beers Inc. for a bite to eat, before heading back to our hotel for the evening. Pirates of the Caribbean At World’s End was on TV - Saturday night sorted!

This morning we set off for a much flatter, straighter journey to our next checkpoint - Oamaru. Oamaru is a smaller town along the South Island’s East coast, and served as a bit of a halfway point as we wind down our trip. As we had to be out of our Christchurch accommodation at 10am and only had 2.5 hours of driving ahead of us, we arrived in Oamaru a bit before check in time.

We head to a Farmer’s Market for a bit of a stroll in the Spring sun, but as it was nearly 1pm, this was winding down. We went out to checkout the beach, which looked pretty special, before returning to Scott’s Brewing Co. just back off the beach a short way, and grabbed a ginger beer and pizza for lunch while we waited.

With some good tunes, perfect Spring weather and pretty good company, we soaked up the atmosphere until it was time to checkin at the Top 10 Holiday Park. 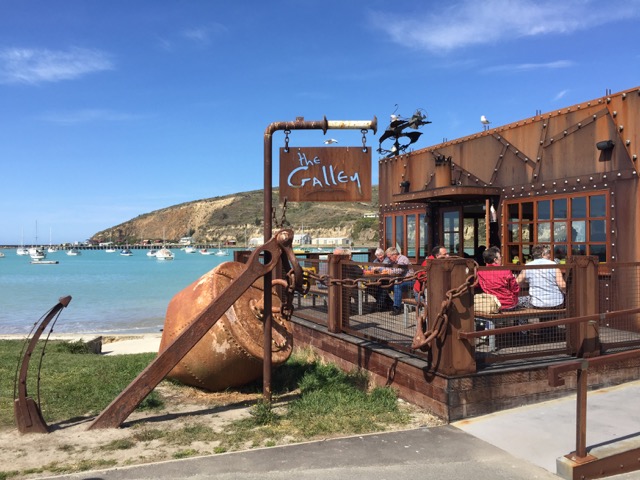 The Galley at Oamaru 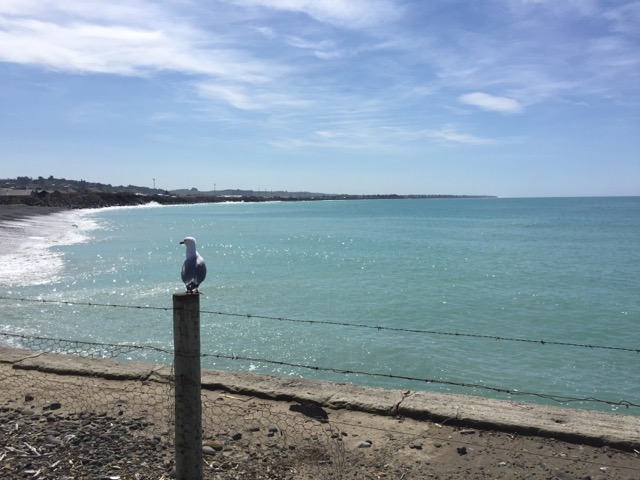 This seagull was happy to oblige me with a photo 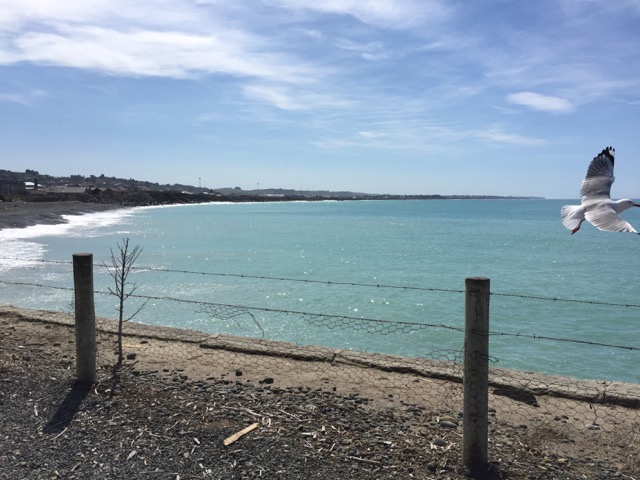 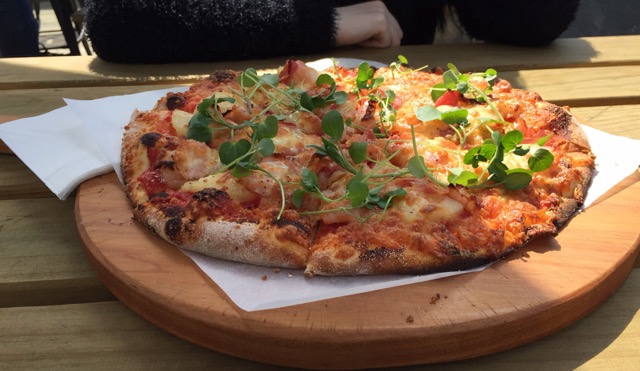 After checkin, we took full advantage of the Spring weather strolling through the Oamaru Public Gardens, which are in full bloom (although, I think we’re a week or two late for the best part), before returning to our room for the evening.

Side note; it appears Home and Away has been playing back to back to back whilst I’ve been writing this blog post. Awful stuff.