Another day in Zürich

Today was another relaxing day. Because of the dodgy pillows I hadn’t slept until late (or early, depending on your view), and then slept restlessly, so I didn’t roll out of bed until 10am. But then, what are holidays for, right?

We decided to do a walk of ‘Old Town’ Zürich, which was only a few minutes away from our hotel, and showed off the main sights in Zürich.

Our first stop was Lindenhof, one of the oldest parts of Zürich, and probably one of the higher parts in the city, judging by how many steps we had to go up. Apparently the medieval German kings - and later on the Romans - occupied this spot in their respective times. Its basically a big open square with tall trees, a few giant chess boards, and a lovely view to boot. 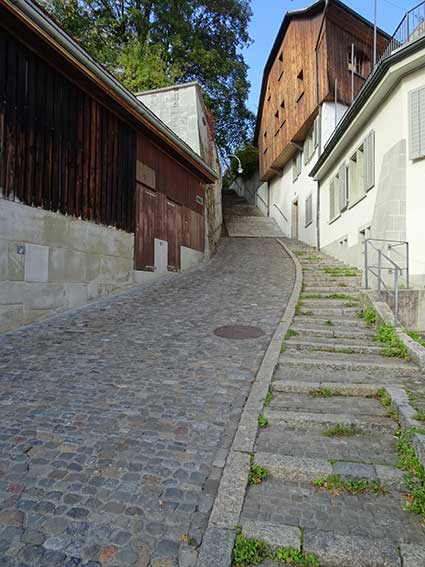 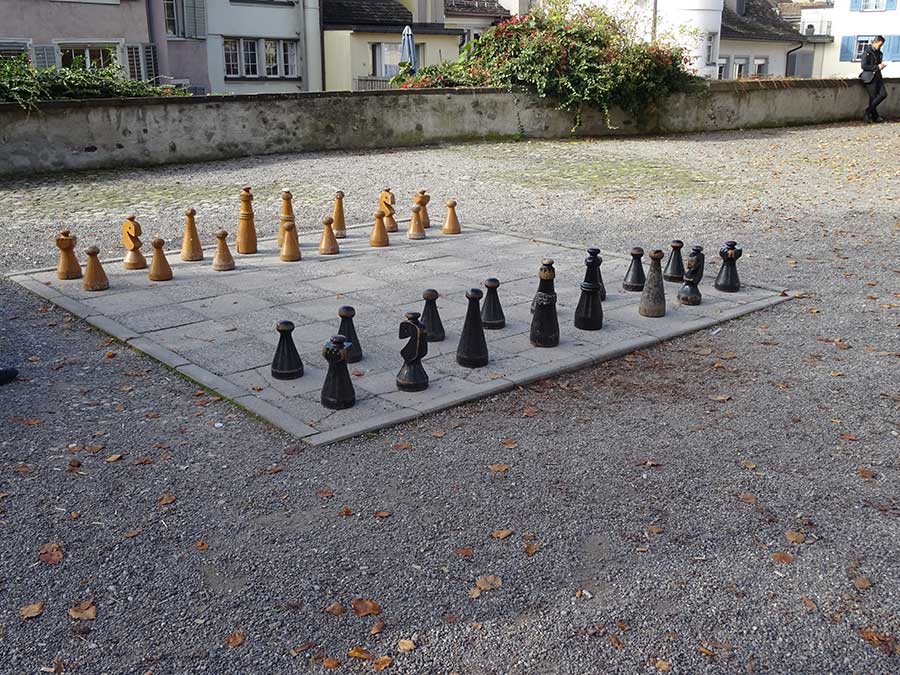 From there, it was a short walk along the cobblestones* to St Peters. St Peter’s church has a massive clock face on all four sides of their clock tower - the diameter of the face is almost 9 meters across, and is said to be the biggest in Europe. 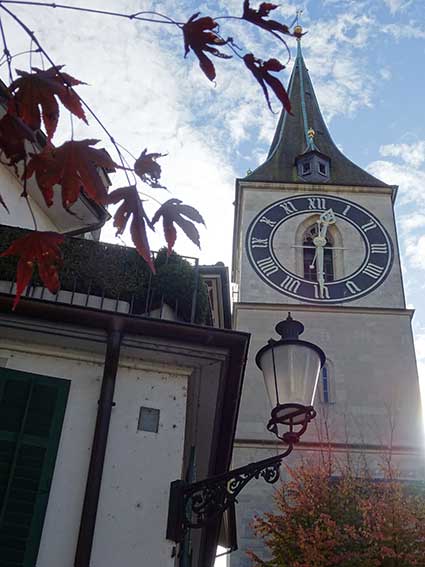 * Just about everywhere in Italy and Zürich have cobblestone streets apart from the main roads. France used to, but what with having revolutions so frequently and the revolutionaries throwing cobblestones at the police so often, they dug them all up, except for in the really old tourist parts.

We strolled across the river via the Rathausbrücke, which turns into a fruit and veg market on Saturdays. We passed by a fancy chocolatier and couldn’t resist getting a pack of chocolates. Soooo tasty. From there we hit up the Grossmünster (the name of which still has the ability to make me giggle like a schoolgirl). Grossmünster (hehehehe) is a Romanesque style church with two identical towers which was completed around 1220. 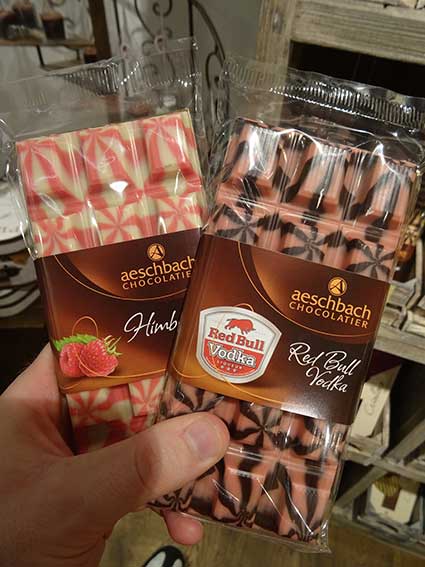 A sample of Swiss chocolate flavours 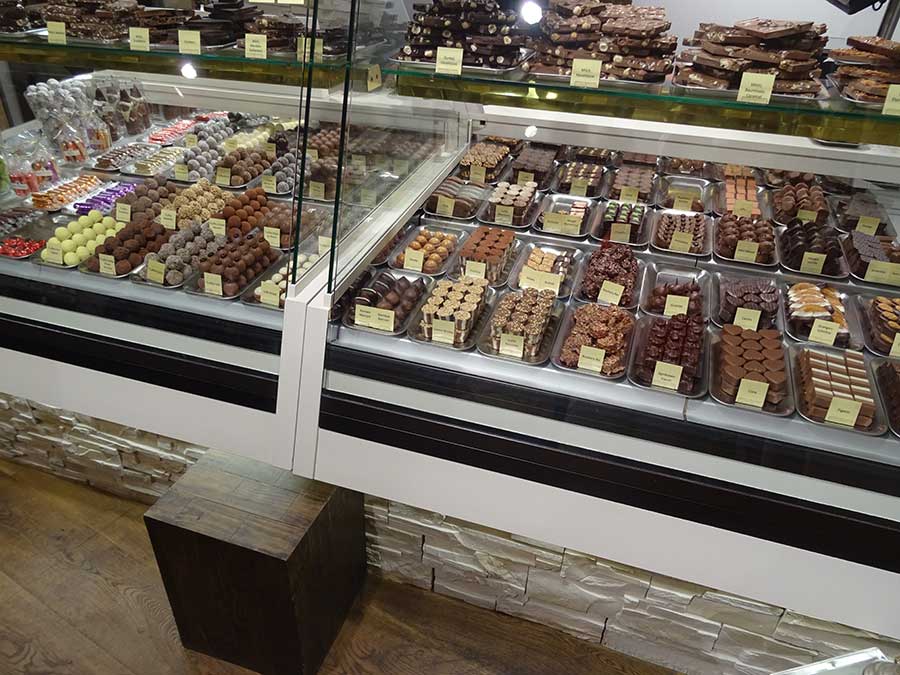 Choose your own (Lindt-like) adventure 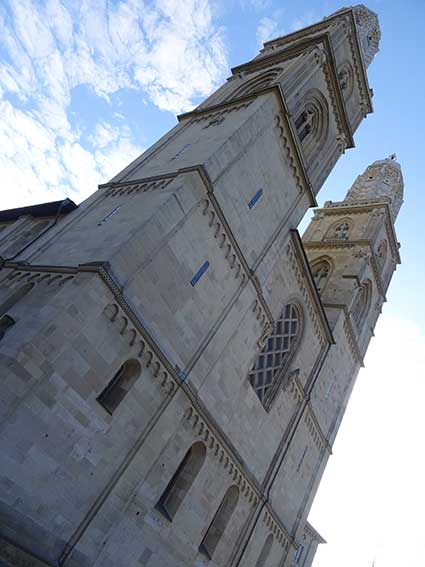 Then, back across the river via the Münsterbrücke to see the Fraumünster, another church with a spire straight out of a fairy tale. It was gorgeous. We continued along, too have a look at Zürich’s lake, and far off in the distance you could see the mountains. It was a lovely sunny day, and we enjoyed our stroll back to the hotel for more rest, relaxation, terrible british television on BBC and packing ready to head off to LA the next morning. 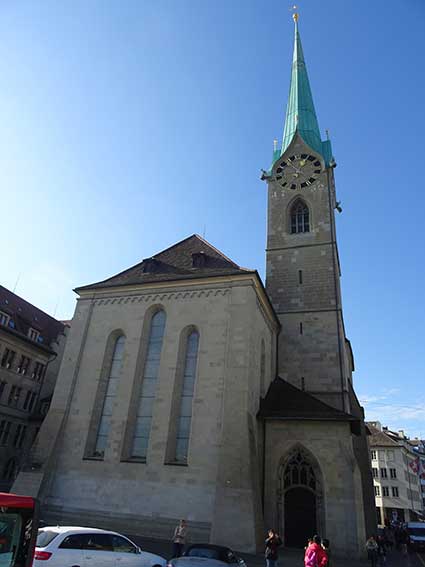 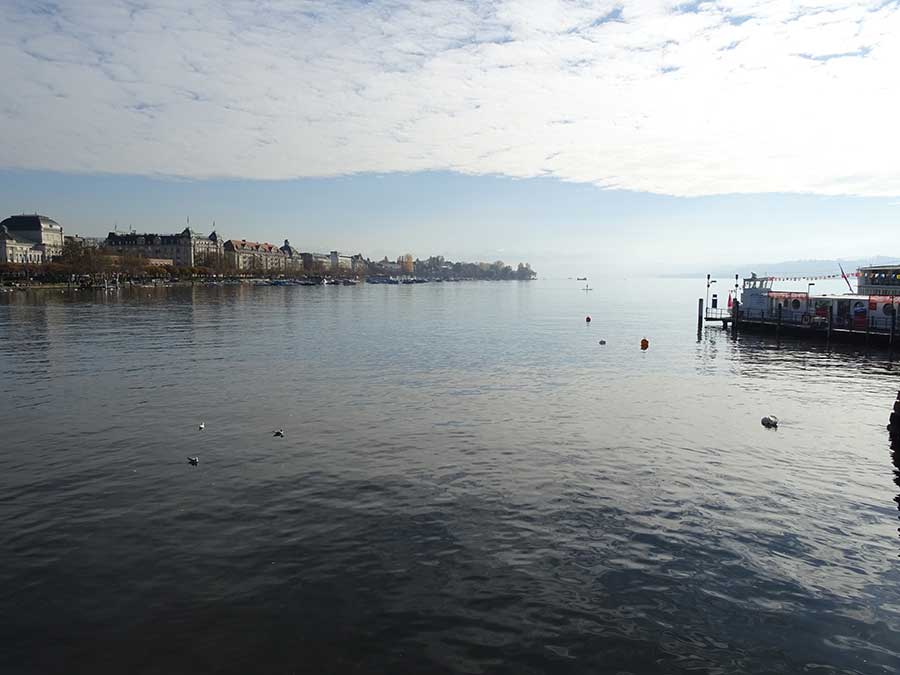 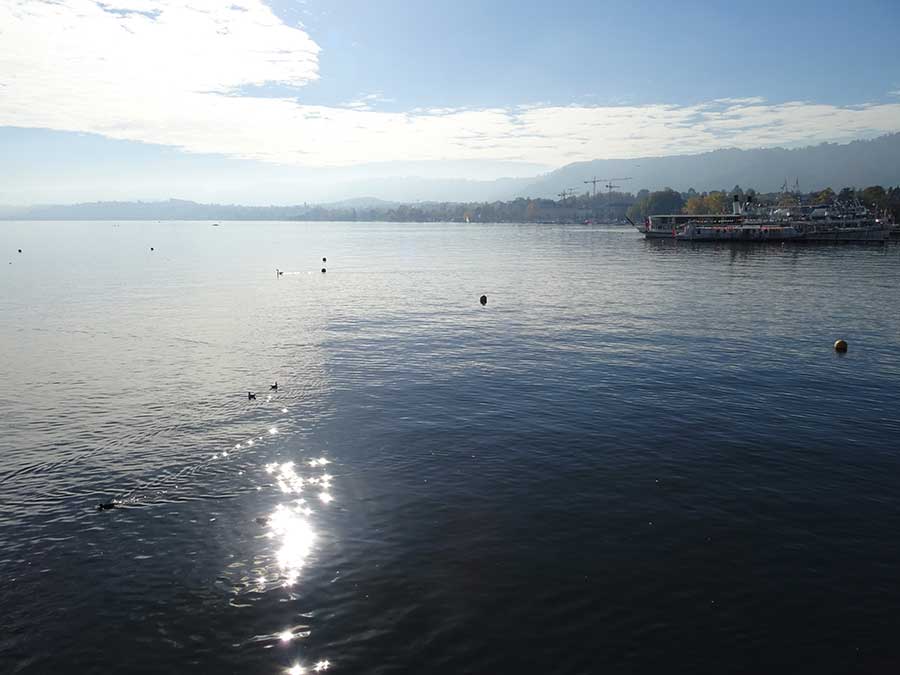