Who knew Bristol was so big?

I’d just like to say how much Rhi and I have both been blown away by not only the size of Bristol, but by the sheer amount of things there are to see and do in this place. There’s so much rich history, buildings older than colonised Australia and, with a great tour guide (thanks Pete!), there’s a lot to learn about this place!

We started the day with a much needed sleep-in, the near on 36 hours of travel from home had hit us hard so the extra rest for a day of siteseeing was needed. After a delicious breakfast of Lincolnshire sausage, smoked bacon, duck eggs, and toast (everybody is shocked I didn’t take a photo of this, right?) we set out towards the nearest bus stop to catch a bus which was running late. It’s nice to know some things are the same on the other side of the world.

The bus took us near to the centre of Bristol, where our first stop was in Primark. This place is like if KMart and Target had a love child. This is four storeys of clothing and homewares, dirt cheap but good quality. There were so many cool tshirts that I had to restrain myself from buying, if for no other reason than to save myself from having to carry them around the world with me before getting them home again. £6 for licensed tshirts was hard to turn down, though. 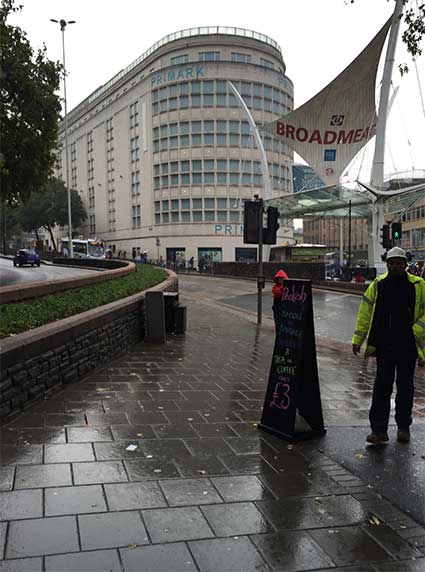 Hopefully we'll get a Primark in Australia one day

From there, we stopped for some quick refreshments before we made our way to the unfortunately-named Professional Music Technology. 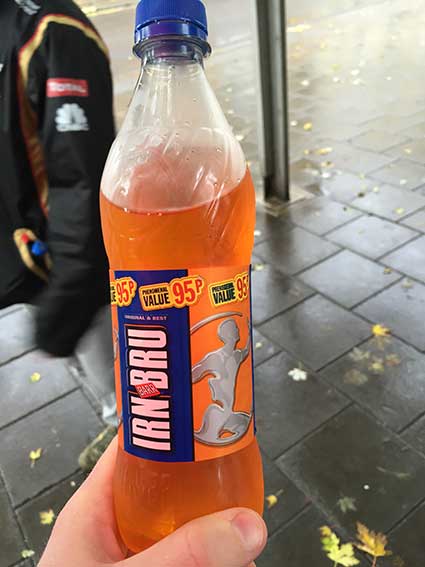 Such a delicious beverage, enjoyed more at it's native price point 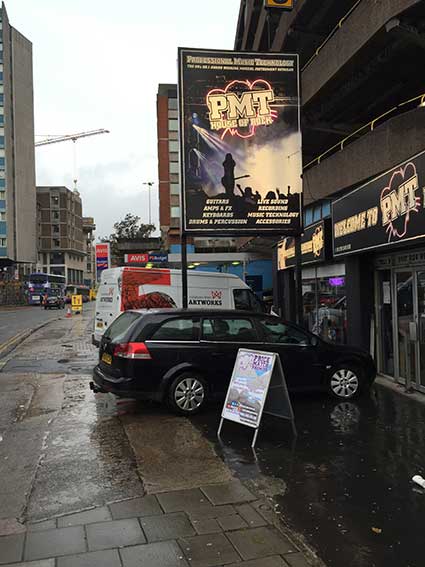 Somebody didn't think this through

This place would make any musician spend money they didn’t have on more instruments they didn’t need. Luckily for me, there was no way I would be able to take any of it home with me, but Pete lamented about how he wished he could be able to buy things from here. Their guitar selection was immense, but their keys and drum sections were nothing to be sneezed at, either. 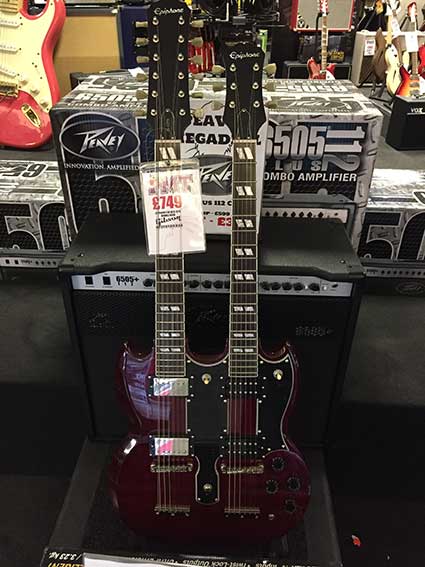 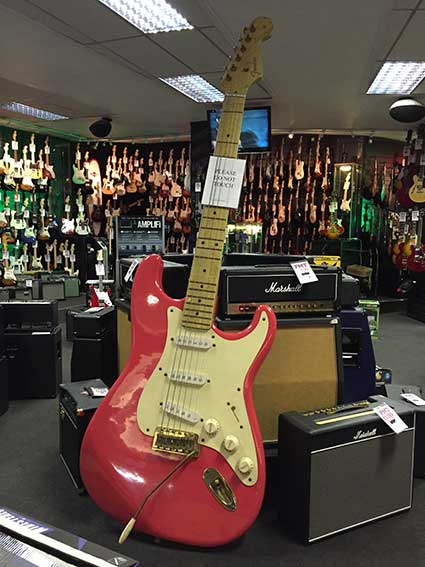 So many guitars to choose from

After tearing ourselves away from PMT, we then took a tour around some of the street art that is quite common throughout Bristol, thanks to Banksy and the local artists. 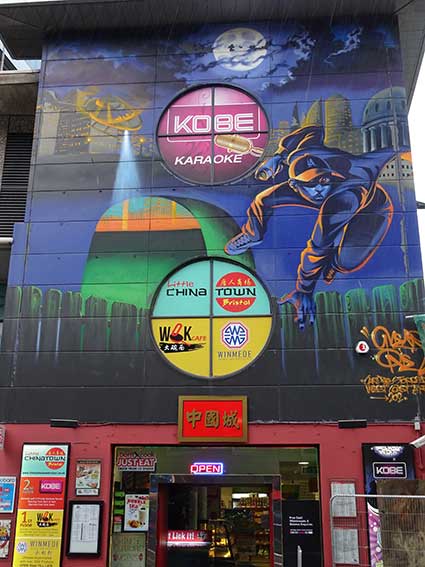 I'm pretty sure this referencing the Kobe 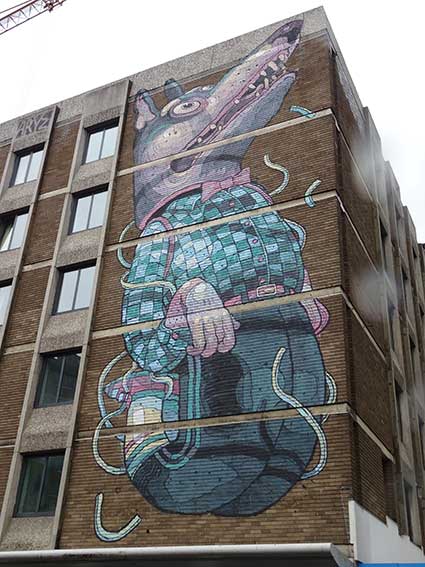 We then strolled passed Maximillions, which Pete helpfully pointed out was visited by Sir Patric Stewart not long ago. 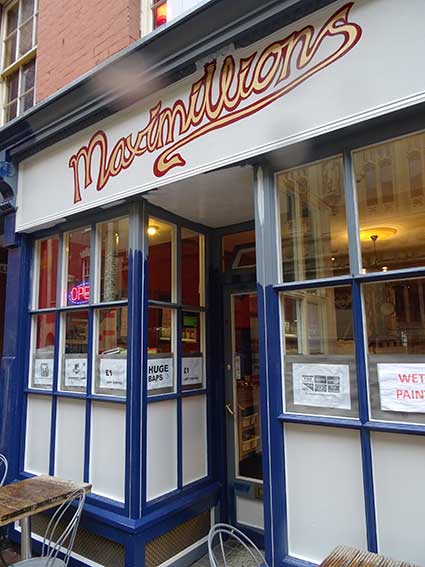 Even Patrick Stewart finds it amusing

Today we also learnt that a great many buildings were extensively damaged during blitzes in World War 2, many of which remain as a memorial to those that lost their lives. 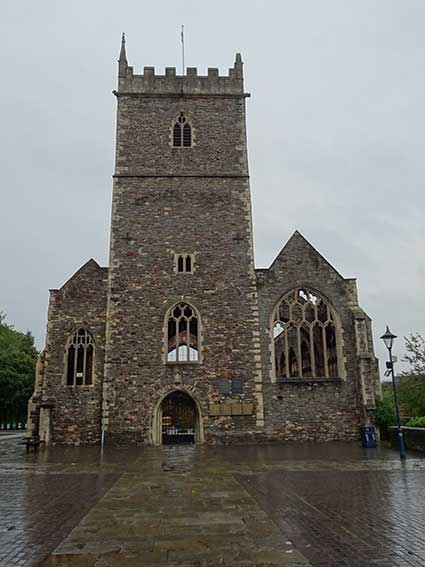 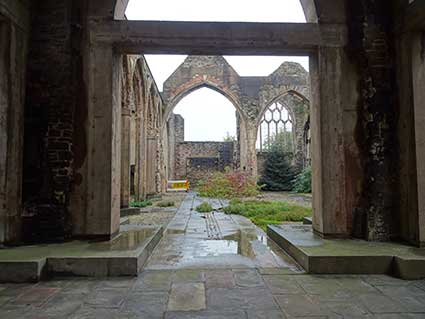 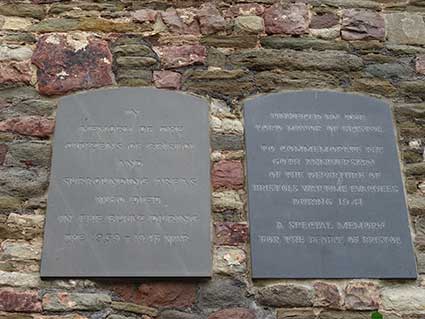 In memory of the citizens of Bristol and surrounding areas who died in the blitz during the 1939 - 1945 war.

Unveiled by the Lord Mayor of Bristol. To commemorate the 60th anniversary of the departure of Bristols wartime evacuees during 1941. A special memory for the people of Bristol.

Onwards from here, we saw the ‘leaning tower of Bristol’, the Temple Gardens which we were assured were lovely in Summer, and two pubs both trying to lay claims to being the oldest in Bristol - the Shakespeare and the Seven Stars. The Seven Stars holds special historical significance as it is where the abolition of slavery was first discussed by Thomas Clarkson, who went on to have the Slave Trade Act passed in 1807. 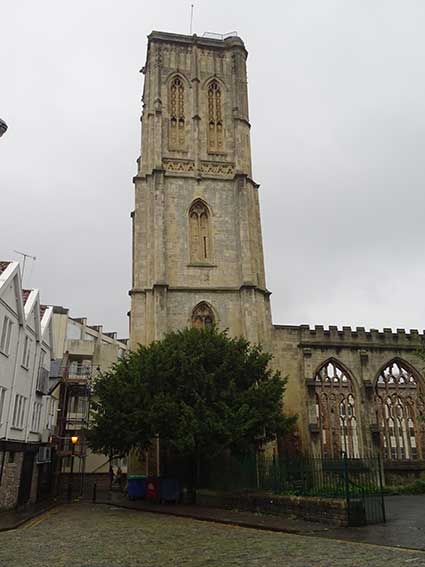 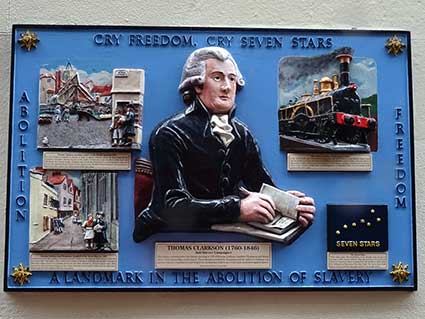 One of the benefits of having so many different pubs in Bristol (apart from so many different places to choose to drink at), is that there’s so many pubs in which to define history in. This one, for instance, is where the first few chapters of Robert Louis Stevenson’s Treasure Island were rumoured to have been penned (quilled?). 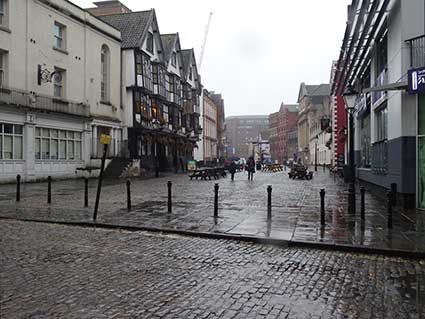 Treasure Island Pub (the black and white one on the left)

One of the last sites we saw today was this bridge. It serves as a memorial to one of only two slaves that ever set foot in Bristol - most of the slaves were sold on the boats they were brought to port in, but never taken into Bristol itself. In particular this bridge was to celebrate the family who ‘owned’ him realising the error of their ways, and giving him his freedom. 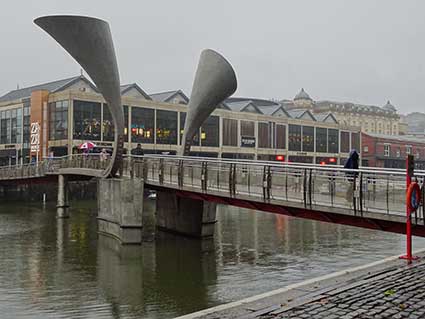 From here we headed home, after watching an oblivious lady in headphones step out in front of a bus who Pete saved by hollering at her to make her aware of her surroundings and the bus bearing down on her, and managed to make it to 10pm before another much needed sleep.