The US East Coast tour 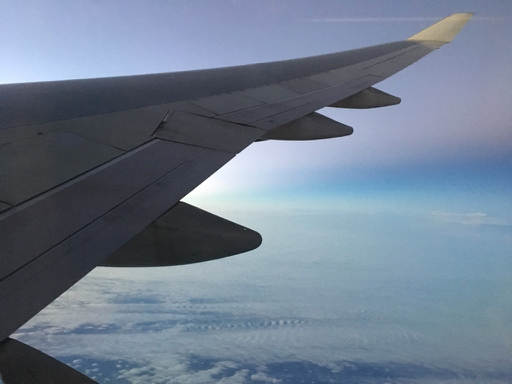 Friday started off far, far too early. As our flight to Brisbane left at 6am, we were up at 3:30am to make sure that we had everything packed and to shower so as not to offend our fellow passengers.

Our Uber driver arrived at 4:15am, and we made quick time to the airport, being as noone else is crazy enough to be up that early. We sailed through check in, and Michael sat at the gate while I wandered around, catching Pokemon and trying to stay awake.

We boarded, we flew, and we landed in Brisbane 2 and a half hours later. Being as our suitcases were travelling on seperately, we passed through pretty quickly, which wasn’t very helpful in the end as our flight was delayed an hour due to “catering issues”.

We boarded, we flew, I watched Mulan, Hidden Figures and several episodes of Botchen and tried to sleep as best I could. 12 and a half long, long hours later, we arrived at LAX, picked up our suitcases, and headed through customs. I think they thought I was a little dodgy, as I had to pass through and get questioned by Customs, and let me tell you they do not have a sense of humor that early in the morning so I kept pretty quiet.

Being the innocent lamb that I am, we soon made it through, rechecked our suitcases, and sat down for 4 hours to wait for our next flight. This was probably the worst part of the whole trip, all we wanted to do was be on that last plane and get to our hotel!

We hitched a ride with an airport taxi, and checked into our hotel at about 7pm, which was located in the South Loop of Chicago, right across from Millenium Park. Unsurprisingly, after having endured Friday the 14th for far longer than normal, it did not take long before we crashed for the night.

We woke up surprisingly refreshed but far too early, as our hotel room for some unknown reason had half curtains. As in, they only went half way down, so when the sun rose, so did we! We relaxed and watched the local news, and discovered that Chicago’s Navy Pier was celebrating it’s 101st birthday that day!

We headed out around 9am, as I was itching to hit up Sephora! It turns out we were located one street over from what I guess was the “shopping street”. It was a beautiful 27 degree day, and we thoroughly enjoyed our stroll. 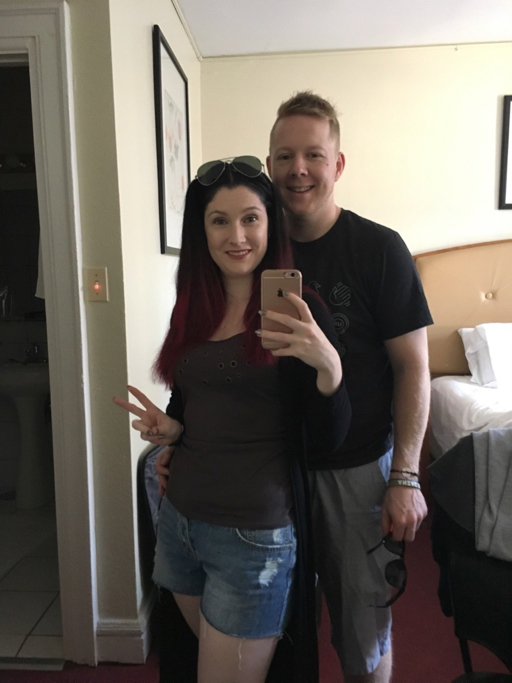 When we got to Sephora, we discovered that all of the shops did not open until 10am, so we spent 20 minutes looking for a Starbucks (surprisingly hard to find given that they’re on just about every street corner, but the GPS on the phone was playing up), got our morning beverages, and headed back to Sephora just in time for it to open.

I thoroughly enjoyed myself, and Michael looked suitably bored. After Sephora, we went to the Disney store, and then to Zara, as I had discovered that Michael had not thought to bring a nice shirt, and had planned on wearing a tshirt to Hamilton that night. Not on my watch! We got him a nice shirt and non athletic shoes, and I of course had to pick up a few items.

We headed back to the hotel, as we were due to meet some friends for lunch. On the way back we ducked into a Barnes and Noble, trying to find a Chicago Cookbook (to continue the tradition of buying a cookbook where we visit) but given there were about 6 racks of cookbooks we didn’t have the time to look in depth, so we resolved to come back the next day.

We got back to the hotel, removed a few layers as it was warming up in ernest, and booked a Lyft (like Uber) to take us to Portillo’s to meet Jack, Sammy and Samantha who are all Chicago locals and part of the Laravel community.

Portillo’s is a local institution, and did not disappoint. Michael got an Italian Beef (a local favourite) and a vanilla thickshake, and I got a salad which was HUGE but very yummy. We all had a good time chatting, before Samnatha had to run and catch a bus, and after discussing our plans for the afternoon, Sammy offered to show us a quick way to get to the Navy Pier. 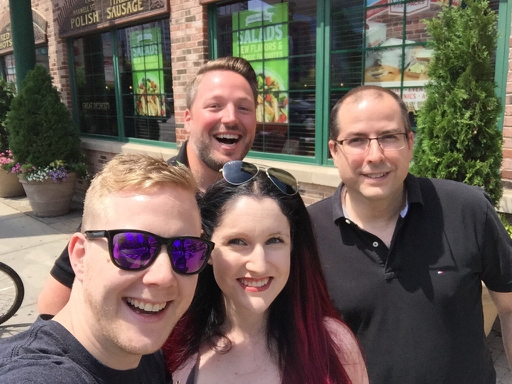 One thing that has thrown us for a loop so far has been that the crosswalks do not make noise when it is safe to cross, the light just changes. We’ve wondered often how blind people know when to walk.

Sammy skillfully and quickly lead us to Navy Pier, which was asbsolutely packed given it was it’s birthday, so we had a quick squiz and then headed for another Starbucks as I was dying of thirst.

I may have a newly discovered addiction to Chai Creme Frappuccinos (coconut milk, no whip) which I am sure I will go into severe withdrawals from the minute I set foot back in Adelaide. 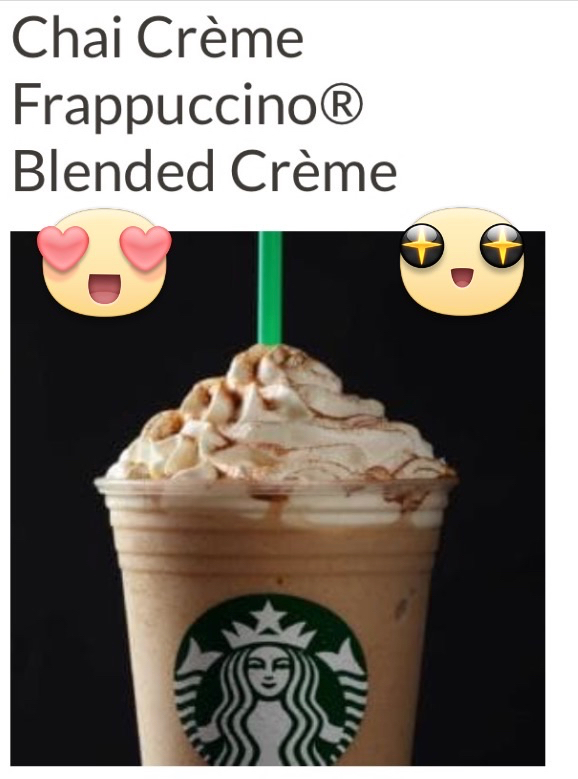 When we got back to the hotel, Michael had a podcast to record with Jake, Taylor, Matt, Jeffrey, and Adam, which he found odd as they were all in the same timezone for once! I took a nap, and Michael joined me once he was done recording.

At about 6:30 we got ready, and headed off to the PrivateBank Theatre to see Hamilton. Hamilton. Was. Amazing. And I actually learned a bit about American History that I didn’t know before, althought I have a sneaking suspicion that neither Washington nor Jefferson were African American given the time it was set, nor that they spoke in rap back then. My absolute favourite part were the scenes with King George - apparently they viewed the English as quite poncy and it was hilarious! I highly recommend anyone to see it should they get the chance. 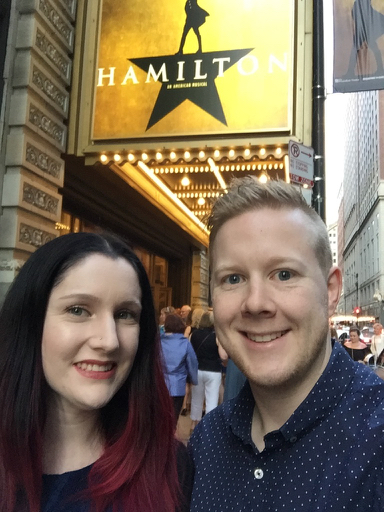 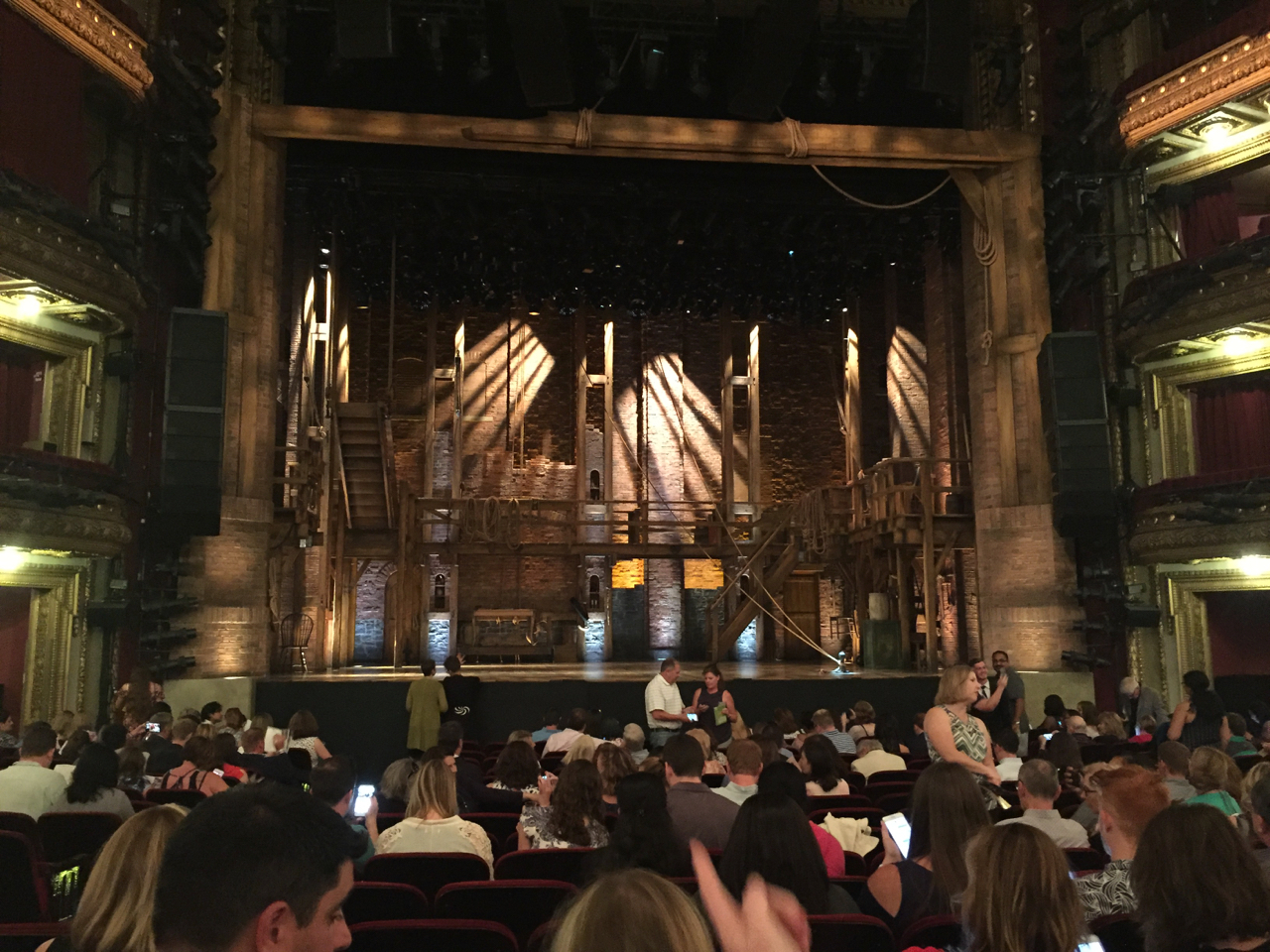 Hamilton finished quite late, so we got back to the hotel at about 11:30/12 and went straight to bed.

Sunday morning I woke up at 6am to constant cheering, which really confused me as I did not recall seeing any sporting arenas very close by. A quick peek under the half curtains and I realised that there was a half marathon on, and the route went straight past our hotel! Needless to say, I did not get back to sleep, although Michael managed to sleep through it pretty well. Yet more proof that if we got robbed in the middle of the night, I’d be on my own.

We had a slow start again, and at about 9:30am head off to find the Segway tour, which was just down the street from us. At 10am, we got our training, and they were surprisingly easy to be able to get the hang of, especially for someone like me with absolutely no balance! Our tour guide Ellen was a real sweetie but with a sassy streak, and was really fun.

We spent the next 3 hours zipping around Chicago, seeing the Art Institute, Aquarium, the Soldier Field Historic Football Stadium (half built in Parisian style in 1924, half built about 15 years ago and thus looks a bit like a spaceship has landed on the colloseum), the Planetarium, and the statue “Man with Fish” which I thought was pretty funny.

After our tour, we quickly popped back into the hotel so that Michael could finish off his podcast, and I could grab a jacket because it was significantly colder than the day before! Not that that stopped Chicagoians, we saw many of them swimming in Lake Michigan which was bizarre to me, as the weather was quite similar to our winters at home!

We then headed out to find our cookbooks (we did) and a jumper for Michael (we did). I was seriously flagging by this point, so we headed off to visit “the Bean”, actually called Cloud Gate, the centrepiece of Millenium Park.

I grabbed some dinner to go at Protein Bar (oh my god, we need one of those in Adelaide, seriously so good) and we walked back to the hotel, where Michael ordered a deep dish pizza from Giordano’s as recommended by many locals. 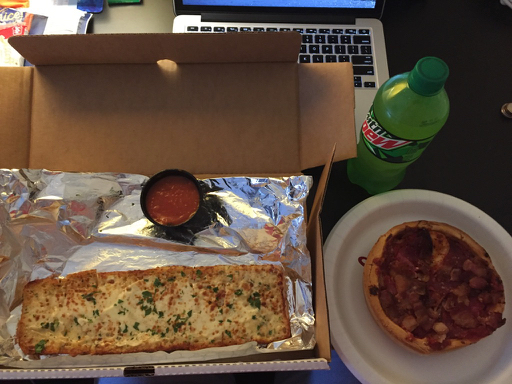 I was ex-hau-sted, so I crashed at about 5pm, while Michael spent several hours editing his podcast, watching the Lakers play, and trying to get Game of Thrones to work, before giving up and coming to bed.

We woke up at 6:15am, as it was travel to Washington day! We quickly packed and headed to check out of our hotel, before getting picked up by the airport taxi. It was lucky that we were so early, as despite our flight not being until 10am, we had been prewarned about the traffic, and they weren’t wrong! Even at that time of morning, traffic was bumper to bumper for much of the trip to the airport.

We were deposited, and we again checked in our luggage and headed through security. We got Starbucks (I wasn’t kidding, I have a problem) and headed through to our gate. Michael sat down with our bags, while I went for a bit of a wander. 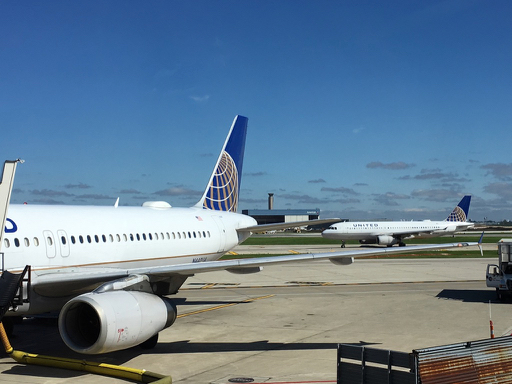 On the flight to Washington, we were seated right down at the butt end of the plane, so we certainly felt any turbulance! Luckily it wasn’t too bad, and the flight was just under 2 hours, so we made it in one piece.

We landed, we picked up our luggage, and we ordered Lyft to our hotel, which is located right in the middle of Washington.

Michael decided to take advantage of the gym facilities (the fool) and went for a run, while I did my nails and watched trash TV. We played the rest of the evening pretty quiet, in preperation for our big day of tours tomorrow! 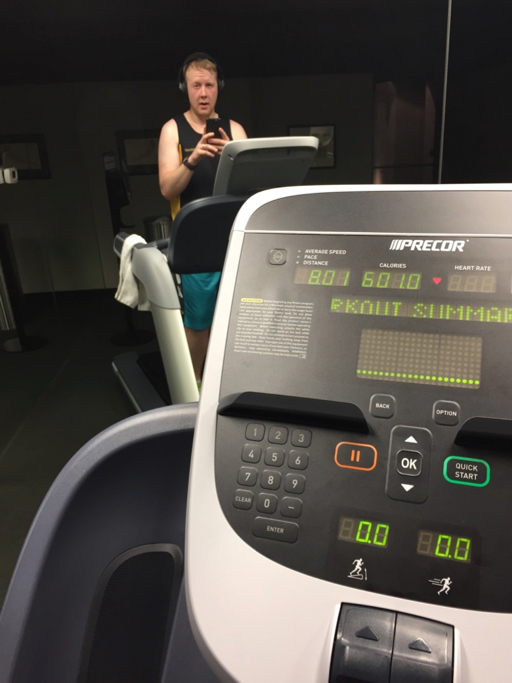