We woke up early to finish packing our things, before getting an Uber to take us to Newark airport for our 11:21am (very precise!) flight.

Unfortunately, Michael’s poor luck with directions didn’t seem to be over, as he’d put our destination in as West New York, which we realised right near the end of our journey. Michael corrected the Uber driver, and we headed in a different direction entirely. Thank goodness we were running so early!

We disembarked and hauled our luggage into the terminal. We weighed our bags, and then did the luggage shuffle into our third suitcase as bot of our bags were slightly over!

We finally got them sorted (mine RIGHT on 50lbs which is the maximum) and checked them in - the baggage attendant literally tossed them onto the conveyor belt, upside down! Then we headed through security, which was uneventful. There was quite a line up, but apparently we were there at a quiet time, so I’d hate to have been there earlier!

Newark airport was pretty cool, there were tables with iPads EVERYWHERE. Michael was practically drooling. We found our gate, and sat down to play on the iPads while we waited to board.

We boarded, and as we had been upgraded to Economy Plus, we were right up the front of economy, so we had plently of leg room! Unfortunately, the flight was delayed about half an hour as the inbound crew was late arriving from their previous flight.

Michael spent the 2hr flight watching Central Intelligence and giggling, and I watched a few episodes of Mom to pass the time. There was a bit of turbulance before landing, but thankfully nothing like we experienced leaving Queenstown in New Zealand!

Although our flight was delayed, we landed safely only ten minutes later than scheduled, and headed out to collect our bags. We checked over our car rental agreement, only to discover that the travel agent had actually booked us to pick up the car from ANOTHER airport half an hour away! Luckily, the car company at the airport we were at were happy to switch it over, so we didn’t have to make an unneccesary detour.

We went and collected our car (a Hyundai Elantra) and headed off to our hotel. Michael picked up driving on the wrong side of the road pretty quickly, and while it’s still slightly nerve wracking for me, being a passenger on the wrong side, it’s not as bad as it was in LA!

We checked into our hotel, threw our suitcases inside, and headed straight out to go outlet shopping. We headed to the Orlando Vineland Premium Outlets, which was only 10 minutes away.

We (eventually) found a park, and headed “inside”. We wandered around, going into most stores, and making purchases at Godiva chocolates, Nike, Under Armor and Skechers. In Skechers, we discovered that they had the same light up shoes I’d bought in New York, only in men’s sizes, so Michael picked up a pair. We also got a new suitcase, which is an unintentional tradition on our holidays, as we always pick up too many souvenirs and shopping. Thank goodness you get two bags on international flights! We’ve got quite a collection of suitcases back home, though. Two free bags with 30kg each on international flights is great, but you have to take into account you have to pay for both bags and can only carry 23kg domestically. 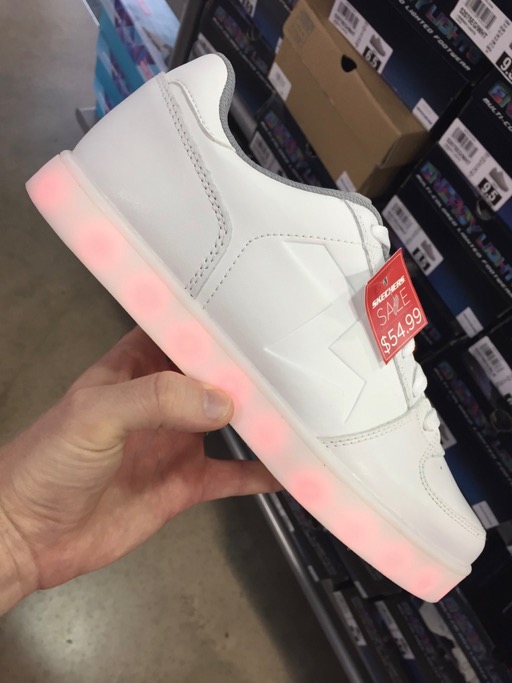 After wandering around for several hours, we hopped back in the car and headed to the Apple store at Florida Mall. Michael’s laptop has been acting up for a little while, and it is cheaper to buy them here than at home, so Michael bought a shiny new laptop. Buying things from Apple is his greatest joy in life. 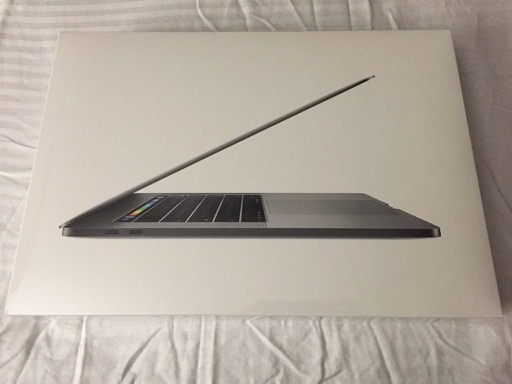 We were well and truly bushed by this point (it being about 8pm), so we headed back to the hotel, sorted ourselves out, and got ready for our first day of theme parks.