Our first day at Disney World! I was understandably mildly (okay very) exited, and dressed the part for the day. 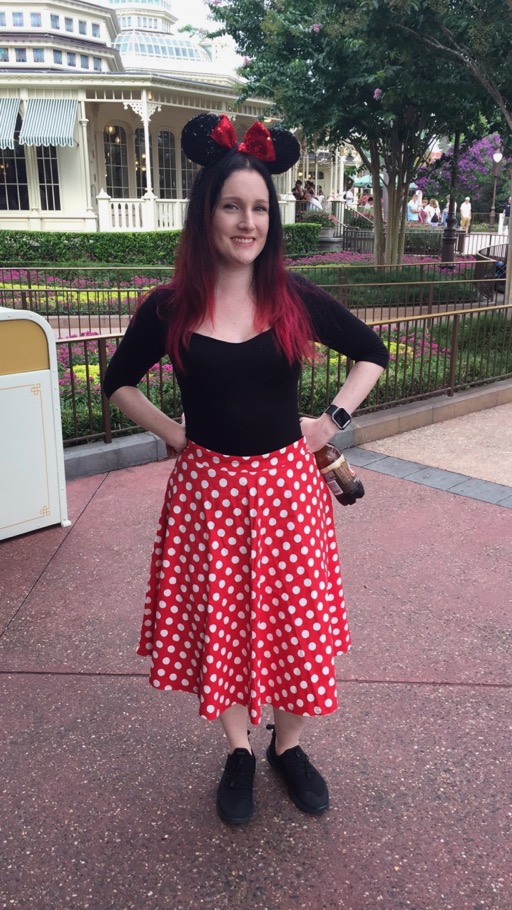 We got up at our regular early time, and set off to Disney World. To say it is huge is an understatement! We drove through Disney roads for about 5-10 minutes before we even got to the carpark!

We parked our car and caught the tram to security. Through security and then onto a monorail, which took us to the park entrance. The whole process probably took half an hour, just to get to the front gates! Of ONE of the 5 parks! Geez!

We scanned in, and we were in the Magic Kingdom! First thing we did was wander through the main shop, as I wanted to scope out what my purchases would be later in the day. From there, we headed out to Main Street and to the main plaza, where Cinderella’s castle stands. I’m pretty sure it is much bigger that the one in Disneyland in LA! 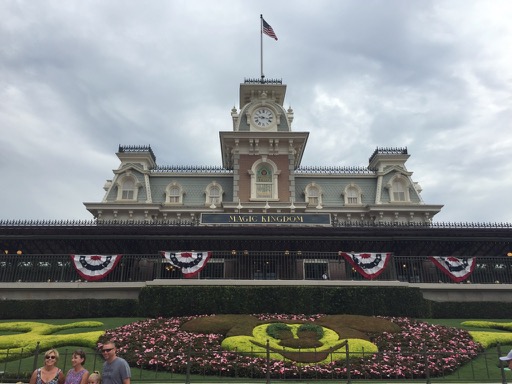 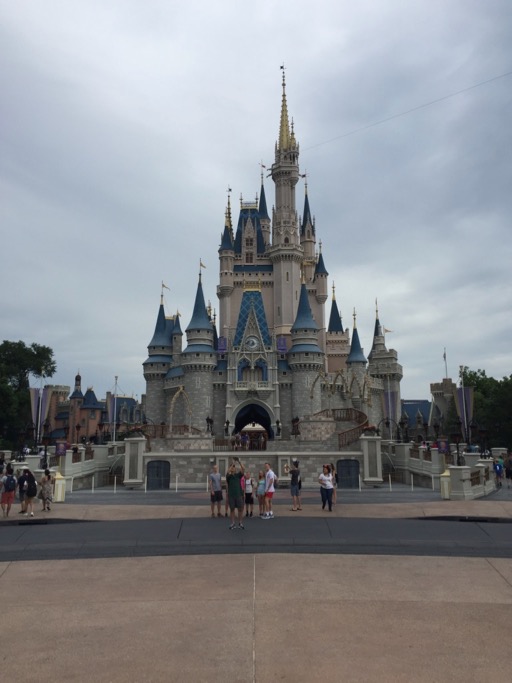 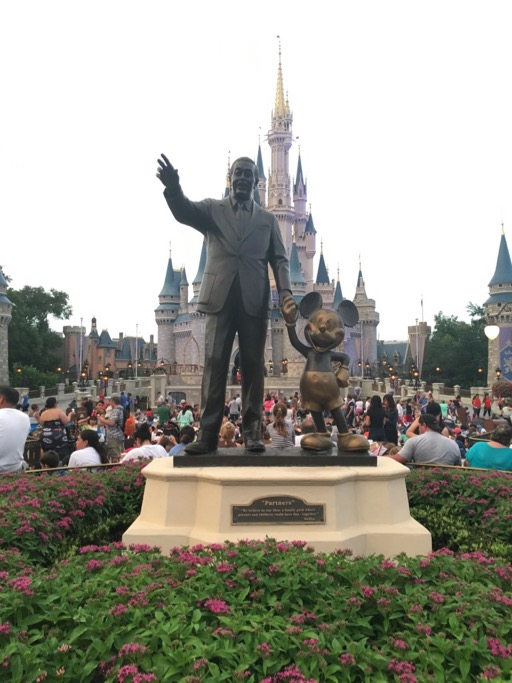 We headed left and into Adventureland. The first ride we decided to go on was the Junge Cruise. It was lightly raining, but the boats have canopys! Our tour guide had a very deadpan sense of humor and was full of dad jokes, which Michael of course loved.

From there, we decided to go on the Pirates of the Caribbean. It was pretty entertaning, except for the sudden drop in the dark and being splooshed with water which I was not expecting! Michael assures me it wasn’t in the LA version, or else he would have warned me.

8/10 - “Kept me well entertained, lost points for scary drop and getting me wet”

We continued through Adventureland and into Frontierland, and Michael decided to go on the Big Thunder Mountain Railroad, while I waited outside.

We wandered through a few shops, and decided to wait 10 minutes to see The Muppets Present….Great Moments in American History. Unfortunately, it turned out that it had been cancelled due to “inclement weather” aka the fact that it hadn’t really stopped raining all day.

We continued around, and took shelter when it really started coming down! After a while it eased, and we made our way into Fantasyland.

Our first stop here was Mickey’s PhilharMagic. It was really cool!

Then we popped across the way to Enchanted Tales with Belle.

4/10 - “Was audience participation, not my jam. Aimed more at tiny humans”

It was about lunch time, so Michael grabbed a hotdog with chips (of the lays variety, not the hot variety, an American quirk) and we sheltered from the rain for a while. It rained fairly consistently throughout the day, so thank goodness we had thought to bring umbrellas. Darn Florida weather!

We wandered around Fantasyland for a while, but by this stage Michael had decided he wasn’t really feeling like lining up for rides. So, we headed through to Tomorrowland. We decided to go on the Walt Disney’s Carousel of Progress, which kept us well entertained for 20 minutes.

Then, we went into the Monsters Inc Laugh Floor.

When we came out, we were right on time for the Disney Festival of Fantasy Parade which was really cool! Then we wandered back through Fantasyland, past some rides we had missed before.

It was about 4:30pm by now, and we were pretty tired and weary of the constant rain, so after discussion we decided to head back to the hotel for a nap, then come back for the fireworks. Luckily, once you pay for parking it is valid all day at any park, even if you leave and then come back, so we bought a few things at the gift show, and headed back to the hotel for some quick shut eye.

We headed back to the park and arrived at about 8pm, so we sat down and waited for the Happily Ever After fireworks at 9pm. Well, Michael saved our spot and I went and did a little more shopping.

The fireworks were amazing. Video was projected onto the castle, and it was honestly spectacular.

After the fireworks, a million people started heading for the exit, so we decided to take one more waltz around the park to give them time to clear out. This also gave us the opportunity to see the park all lit up at night, which was really a sight to see. We were both glad to have made the journey back (although also grateful for the afternoon sleep!).

After that we headed out, getting back to the hotel tired and happy and ready for some rest to prepare us for two parks in one day the next day!