So began 5 days of packing in as much theme park time as we could! We decided to start off with Universal, in the hopes that Disney World would be less busy over Sun/Mon/Tues (haha, we can hope right?).

We decided to get up and head out early, but being as Michael had decided to stay up until 3am playing with his new laptop, we didn’t end up heading out until 8:30am. Luckily, our hotel is only about 10 minutes away from Universal, so we parked and were at the gates dead on opening at 9am.

We decided to hit up Universal’s Islands of Adventure park first. It was already heating up, so we first stopped into Starbucks, and then we went into the shops to scope out what we wanted to buy before we left. I say we. I mean me. 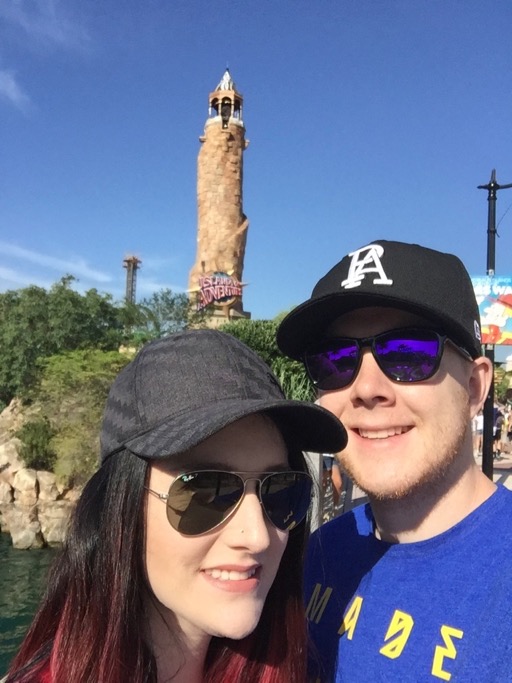 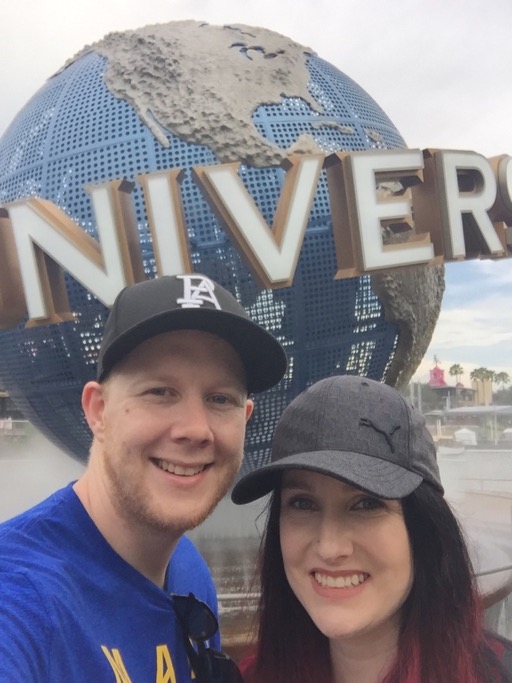 Then began the exploring. Michael decided fairly early on that a combination of lack of sleep and too much coffee did not make for a rollercoaster friendly belly, so we decided to just explore the parks and do a few rides later on, and then do the rest of the rides on day 2.

We headed through Marvel Super Hero Island, Toon Lagoon, Skull Island, and stopped off in Jurassic Park. We were mighty sweaty, so any chance to check out a gift shop (and there are a million of them) and we were THERE! I was also really impressed with the ways they had incorporated water into the park to help keep people cool, from fans that blew water misted at you, to fountains in the ground you can play in. They clearly know what Florida’s weather is!

In Jurassic Park, we headed into the Discovery Centre, which had two large (non-real) dinosaur skeletons, as well as some fun dinosaur related games, and three large scale model dinos that had cameras fitted into their heads, which you could look through and move around via a periscope type contraption.

Then we headed out and once out of Jurassic Park we were in HOGSMEADE. I was only slightly a lot excited. Here, Michael decided to brave his first rides, going on Flight of the Hippogriff and Harry Potter and the Forbidden Journey. I was determined to go on a few rides this time around, having not really done any on our honeymoon, but after having a look at the recommendations for these rides I decided they were not the ones for me!

While Michael was on the rides, I tried to stay in the shade and watched the Frog Choir, which was like Harry Potter themed acapella. The frogs provided the bass, obviously.

Michael came out to meet me, and we took a stroll through Hogsmeade. The level of detail they put into these places blows me away. Pictures really can’t do it justice. We went to see Hagrid’s Hut (you couldn’t go in booooo) and then Michael got a frozen butterbeer, which was kind of like a creaming soda spider.

We explored some more, then headed through to The Lost Continent. We were just in time to see the Eighth Voyage of Sinbad, which was a stunt show with some chronic overacting, but amusing none the less.

Then through to Seuss Landing, where Michael went on the Cat in a Hat ride.

Michael’s Rating - Cat in the Hat

We had circled back around to the start again, so we sat down to regroup, desweat, and reapply sunscreen. We decided the plan would be to go and do some shopping, then head to the Hogwarts Express to take us to the second park, Universal Studios, and explore there.

We discovered after picking up several bags of goodies that they had a free service where they could send our purchases to the front of the park to be collected at the end of the day. While I would have been happy to carry them, I’m not going to lie, it was an amazing idea and we were very grateful!

From there we zipped back around to Hogsmeade and lined up for the Hogwarts Express. It arrived, we boarded and were put into a train compartment. It did not have a real window, but a tv screen which acted as a “window” and played out the train journey from “Hogsmeade to “London”. The Weasley twins flew past on brooms and set off fireworks, Buckbeak, flew past and Centaurs galloped through the forest. It was pretty cool.

We got off in “Kings Cross Station” and again, the level of detail is impeccable, it had been done up with signage and just looked like an English train station. We headed out into “London” and ducked into Diagon Alley.

Diagon Alley! It was amazing! I thought Hogsmeade was detailed but this took the cake. We wandered through Weasleys’ Wizard Wheezes and Quality Quiddich Supplies, and then up to Gringotts Bank. Gringotts had a giant dragon on top of it, which blew out fire at random (which I discovered when I was standing below it - I thought it had gotten a bit warmer!). We strolled through more shops, then through Knockturn Alley, before heading back out, past the Knight Bus and out into the real world again.

We were pretty dead on our feet by this stage, having been wandering around for 6 hours by that stage, so we decided to find somewhere to sit down and grab a bite to eat. We had a quick squiz through the Men in Black section, then headed through Springfield, the Simpsons section, to grab some tucker.

Refueled and slightly refreshed, we headed off to the Terminator 2®: 3-D experience. It turns out that Michael had been on this one before, but I had not, so we went in. It was pretty entertaining.

On exiting the ride, we discovered that it had gone from sunny/slightly overcast to absolutely bucketing down with rain within half an hour! There were people all down the street huddled under canopies and in doorways. It was pretty funny.

We hot footed it through to a store that sold rain ponchos (at exorbitant prices, obviously) and then headed off with wet and squelching shoes to the Race Through New York Starring Jimmy Fallon 3-D experience/ride. It was pretty full on and I had to close my eyes through a lot of it as it made me a bit queasy! We were in a simulated race through, over and under New York (and on the moon - Michael), and it was dizzying! 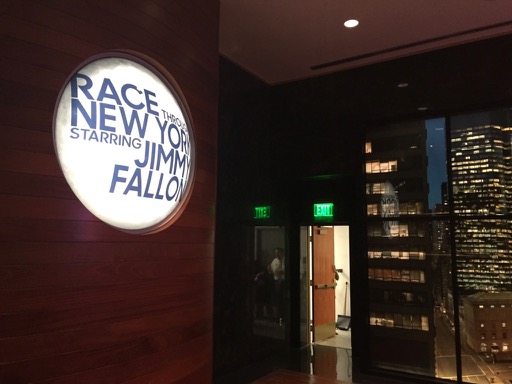 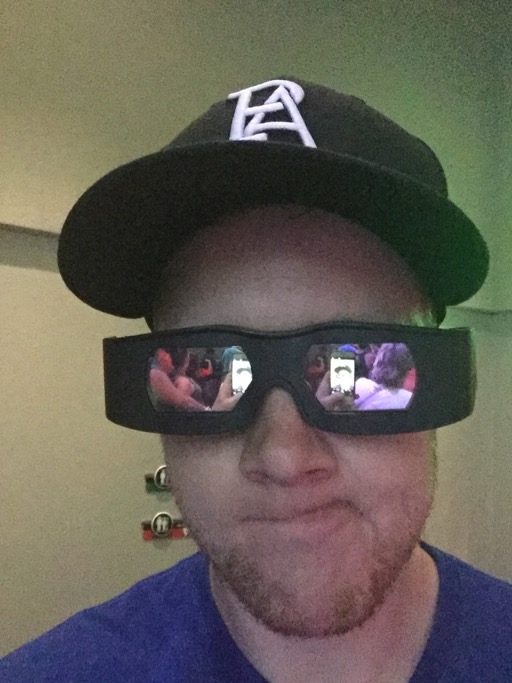 When we came out it had stopped raining, and was nice and steamy. We had a quick look through the rest of the park, but we were pretty underwhelmed after the amazingness that was Islands of Adventure. We decided that 9 hours was enough for one day, headed through and picked up our earlier purchases and headed to the car.

When we got back to the hotel, Michael hunted down the laundromat and the local McDonald’s, and after the washing was done we settled in for an early night ready for some riiiiiides.