The culmination of 18 months of saving

Today was designated shopping day. After scrimping and saving and generally being hermits for a year and a half, Michael and I were keen to treat ourselves at Citadel Outlets, which is like Harbour Town but actually good. And with 130 stores, we certainly had our work cut out for us.

We got up at 8am (after a decent sleep!), had breakfast, and prepared for the “half an hour” drive. I put this in quotes because Google Maps did not take into account traffic, and Michael missing a turn off on the freeway, which turned it into an hour drive. I am still not coping very well with my anxiety in the car, but have found that sitting in the middle of the back seat is helping. Not completely curing it, but I didn’t cry on arrival so we’ll call it a win.

We got there right at opening. For some reason most things seem to open at 10am (Disneyland and Universal Studios are the same) but I can see the sense in that. I certainly wouldn’t mind starting my work day at 10am.

I won’t go into too much detail, but over the next 5 and a half hours we hit up such stores as H&M, Old Navy, Reebok, Adidas, Under Armour, Levi’s and many more. We scouted out new suitcases early on - we bought two new ones, with the plan being to get rid of Michael’s which has come down with a serious case of missing wheel, and pay for an extra suitcase on the trip home, leaving us with 3. At the end of our day, we were very glad we’d decided to rent a car instead of public transporting around - we would have been hard pressed to get home on a bus with all of our purchases! 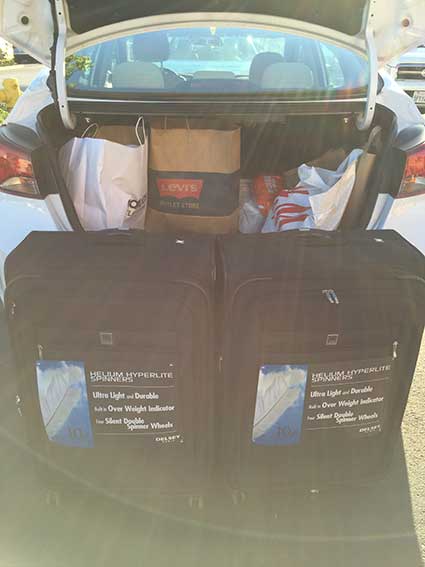 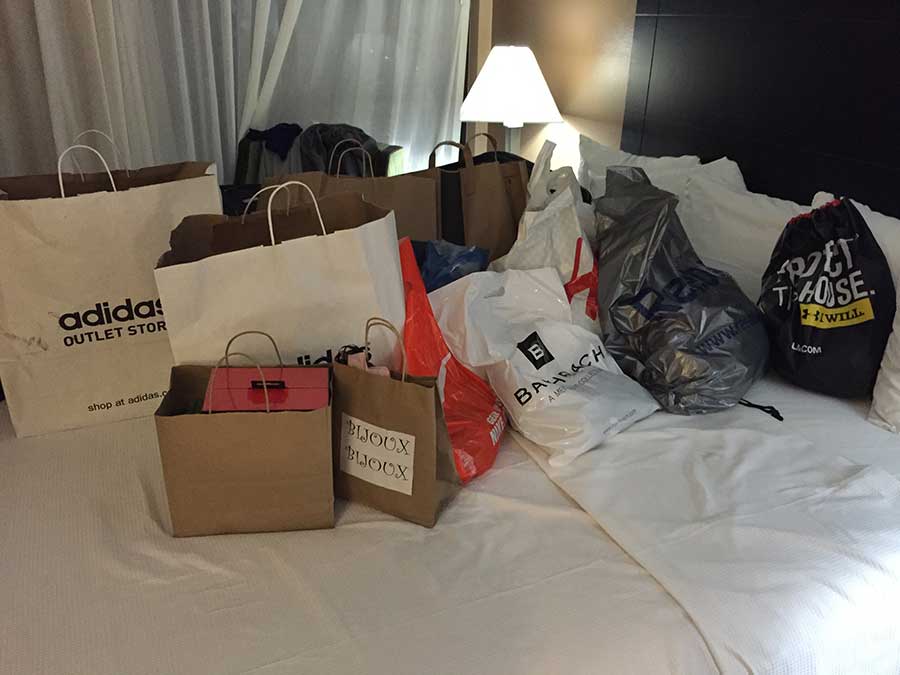 All the bags laid out

On the way home we also stopped in at Best Buy and Game Spot, as Michael wanted to buy some new headphones and Xbox games, which are cheaper here than at home. Michael then dropped me, and our goodies, off at the hotel, and headed off to his place of worship - Staples Centre. I went and got my nails did, and spent the evening relaxing, watching terrible television, and sorting and packing what I could. 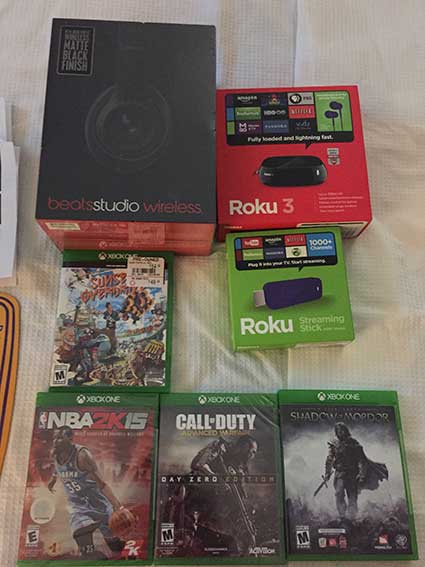 After so many years of having to settle with streaming games online, finally being able to see an NBA game in person was fantastic. 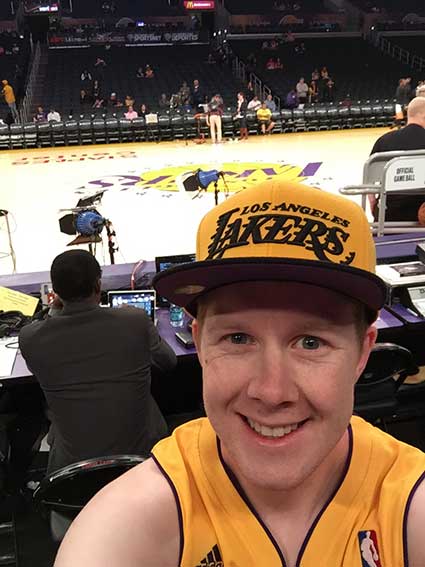 Game's about to start, but first...

Getting there wasn’t too bad traffic-wise, and buying parking ahead of time was a wise decision. Unfortunately, the Lakers didn’t get the result, continuing their dismal start to the season, but they appear to be heading in the right direction at least. Jeremy Lin and Jordan Hill had big contributions after quiet starts, and getting to see Kobe go to work in a 39 point game was great. I even got a taste of the Mamba face and his typical no-call reactions. 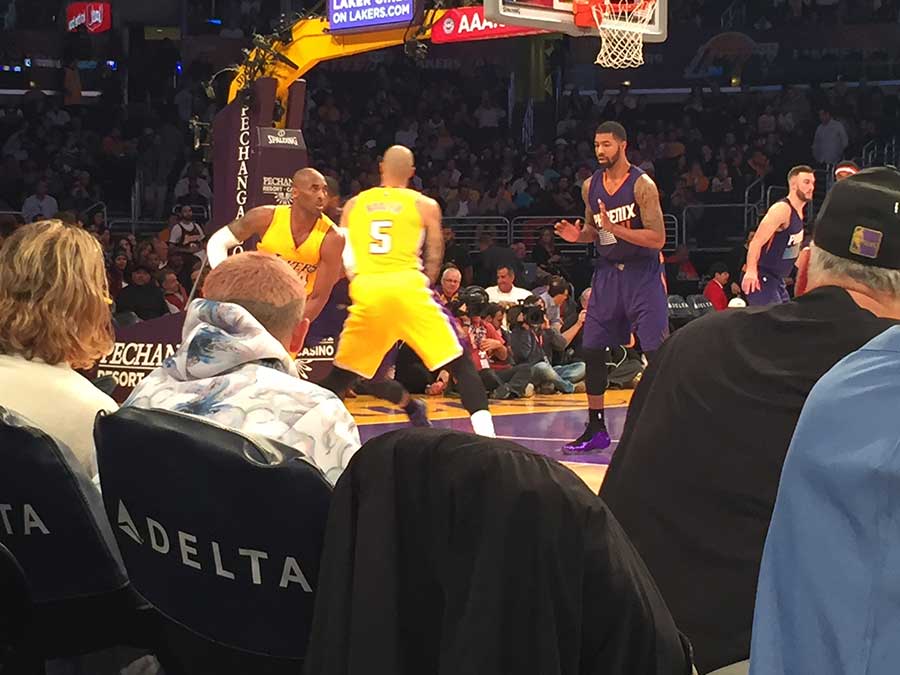 Kobe goes to work, Flea second on the left 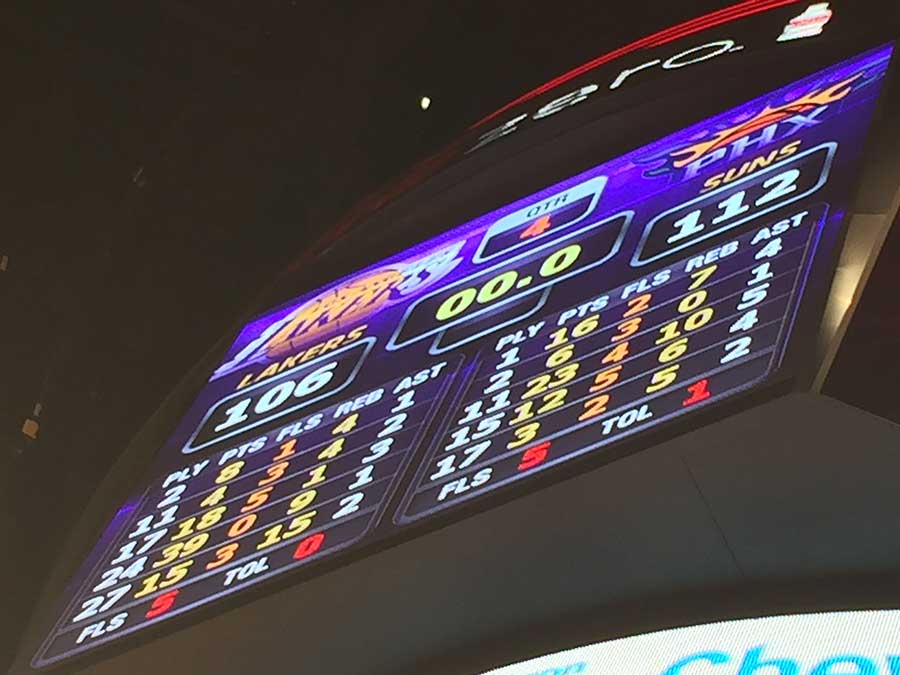 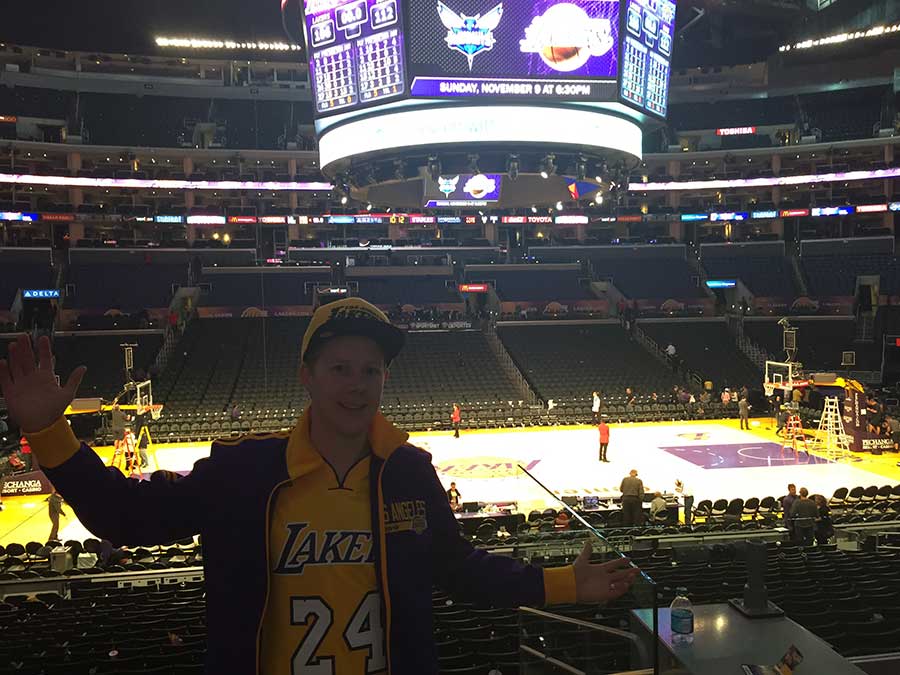 Most importantly, I made the broadcast at least once. It was the at the end of half time but on the Phoenix broadcast. I was sitting a few metres away from Flea (of Red Hot Chili Peppers fame), but managed to only get photos of the back or side of his head. He got pretty involved from courtside.